Bonang Matheba throws Major shade at ex, AKA and says his new song “Python” is “Noise”.

If you’re going to mess with the Queen, know she’ll come for you. When she does, she’s definitely going to leave a burn. AKA should know this by now, but for some reason, he doesn’t care.

The SA Hip-hop star recently shaded Bonang for speaking out against Tyrese and keeping mum when the issue of xenophobia came up in SA. Now it’s Moghel’s turn and she’s out to draw blood. A fan had Twitted at her asking if she was listening to Supa Mega’s new song “Python” but she replied saying she was listening to Master KG’s new “Jerusalema Remix” featuring Burna Boy and Nomcebo.

It didn’t end there because she tweeted again saying she was listening to “music, not noise”. Ouch!! That’s gotta burn. We’ll see if Supa Mega would have a perfect reply to that. 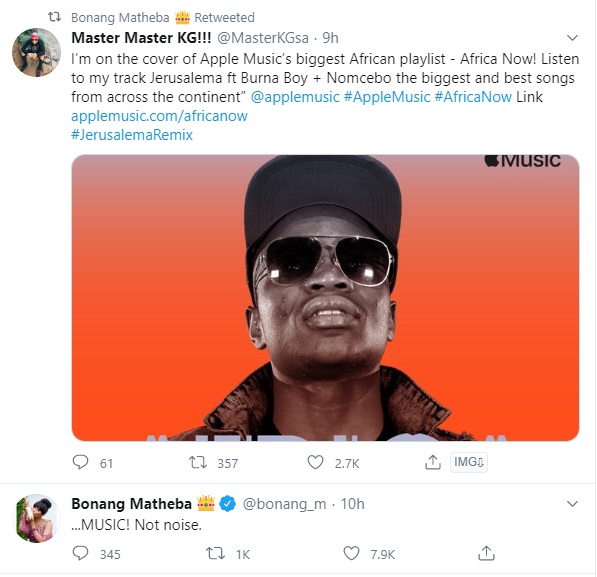