The late Brenda Fassie’s only son Bongani Fassie has released an update on the biopic he is working on. It is titled Brenda, after his mother.

Taking to Twitter yesterday 25 September 2020, the songster dropped what appears to be an ash drawing of his mother, with a film emoji as the only caption. If you missed the tweet, you might want to check it out below. 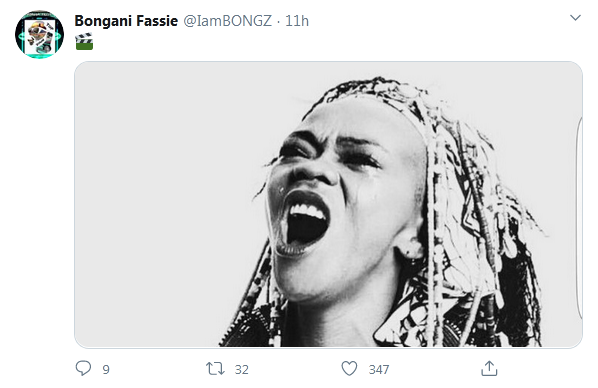 The work on the film is currently at an advanced stage, and Bongani himself, who is a musician like his mother, has indicated he is quite excited about the work, and what is imminent.

There’s no definite date for the release of the project. But when it comes out, we’ll surely bring you the meat of it. So do well to follow our social media channels and subscribe to our newsfeed so you don’t miss out on what is imminent.

The subject of the biopic Brenda Nokuzola Fassie was a celebrated music figure in South Africa – and indeed Africa – until her death. Affectionately dubbed the queen of African pop, she was one of the anti-apartheid figures in the dark years of racial segregation.

The upcoming biopic promises to reveal little known aspects of her illustrious life.

Tags
Bongani Fassie Brenda Fassie
John Israel A Send an email 26 September 2020
Back to top button
Close
We use cookies on our website to give you the most relevant experience by remembering your preferences and repeat visits. By clicking “Accept All”, you consent to the use of ALL the cookies. However, you may visit "Cookie Settings" to provide a controlled consent.
Cookie SettingsAccept All
Manage Privacy