Celeb City boxing match 2. The fight was won, and the fight was lost. Cassper Nyovest was victorious while his opponent Priddy Ugly had it pretty ugly in the ring, tossed by a right cut to the canvass. Ordinarily, this should be much. But Trust Mzansi to make a joke of it.

And the boot of that joke is no other than Bontle Modiselle, Priddy Ugly’s wife. Following his loss to the Family Tree boss, Priddy Ugly found himself a subject of great interrogation alongside his wife.

Some tweeps joked that Bontle would bring up his loss to Cassper each time they have a disagreement at home. Another joked that Priddy Ugly merely has muscles but none of the stamina. And yet others noted that the “EGYPT” chanter is merely good at being a good husband and cooking for his wife. You can check out some of the reactions below.

Priddy ugly in the car with Bontle

This is what Priddy Ugly should have done, Simple!!😭🤣

Check out Highlights of the fight!!!👺https://t.co/GkDE9qIhgD 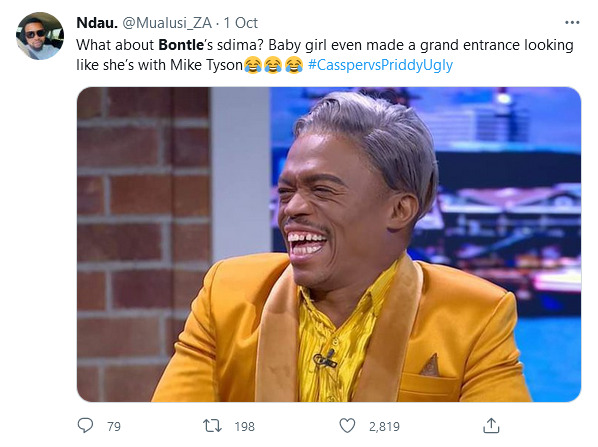 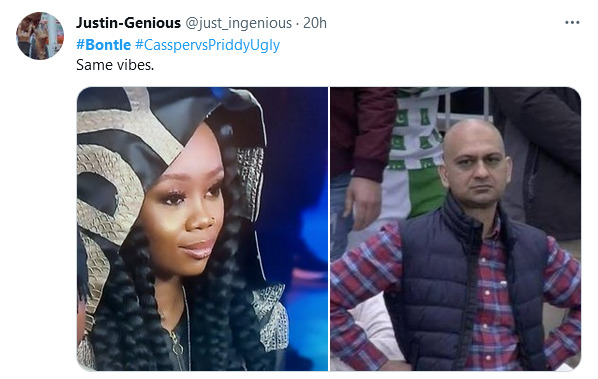 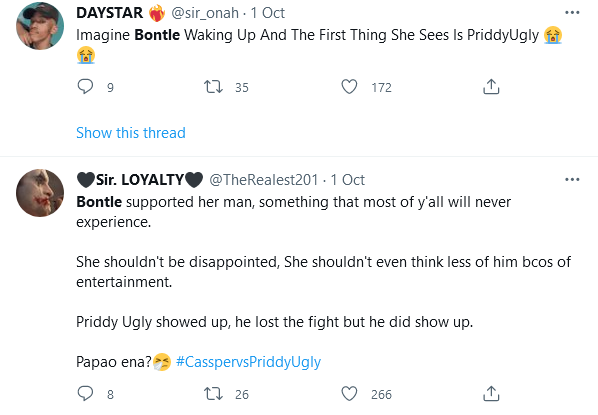 Still, some thought Bontle was the real deal because she supported her man throughout – something she has always been known for, despite the fight’s outcome.

Anyway, it remains to be seen if Cassper will eventually get a match with Big Zulu. The muso promised to take on Big Zulu next if he should win the fight against Priddy Ugly.

Tags
Bontle Priddy Ugly
John Israel A Send an email 3 October 2022
Back to top button
Close
We use cookies on our website to give you the most relevant experience by remembering your preferences and repeat visits. By clicking “Accept All”, you consent to the use of ALL the cookies. However, you may visit "Cookie Settings" to provide a controlled consent.
Cookie SettingsAccept All
Manage Privacy