Once upon a time, Shad Moss, the American rapper who goes by the stage name of Bow Wow, had a dream of becoming a wrestler but he deferred that dream to become a musician, adopting the stage name Lil Bow Wow and stunning America with his “Beware of Dog” mixtape at 13.

Years later, no longer a kid, he would ditch the “Lil” part of his stage name, maintaining only Bow Wow. His wrestling dream is another thing he wouldn’t ditch.

Bow Wow is currently working on an album, which he said would be his last. After the release of the album, the songster will drop the mic and leap into the world of acting and wrestling. He admitted his wrestling dreams might appear crazy, but he is taking the leap anyway. 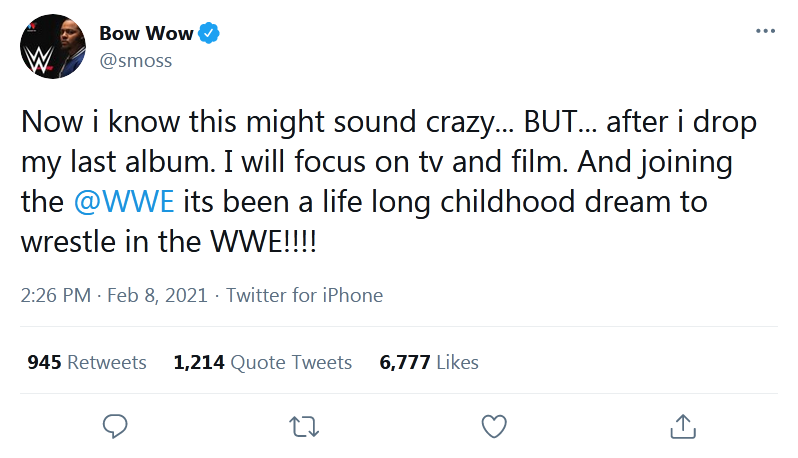 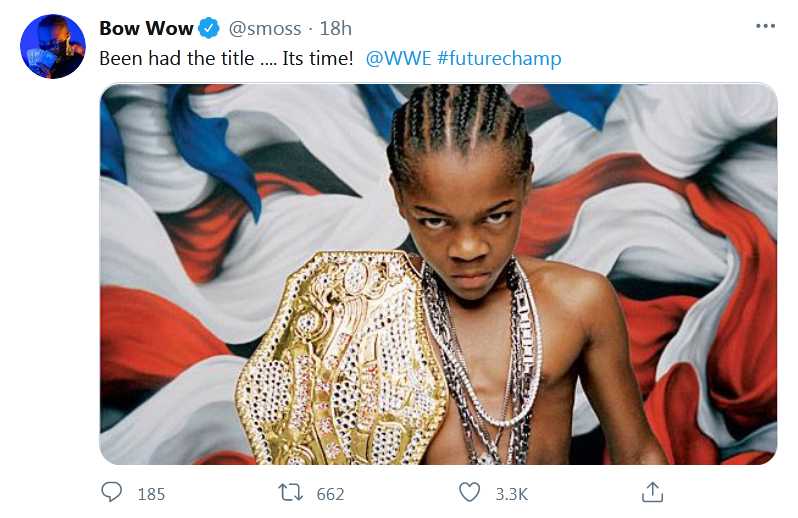 His interest in the WWE generated mixed reactions from the WWE professionals. Some were willing to welcome him into the WWE orbits. Others, like Retribution’s T-Bar and Mace, warned him that he risks destruction at their hands.

Tags
Bow Wow WWE
John Israel A Send an email 9 February 2021
Back to top button
Close
We use cookies on our website to give you the most relevant experience by remembering your preferences and repeat visits. By clicking “Accept All”, you consent to the use of ALL the cookies. However, you may visit "Cookie Settings" to provide a controlled consent.
Cookie SettingsAccept All
Manage Privacy