When are you restoring power to Bromhof after 18 hours of load shedding? [Put a rolling eyes emoji here.] Residents of Bromhof, a suburb of Johannesburg, have many questions regarding their area’s power supply.

In their quest for answers, they have stormed social media platforms, mainly Twitter, asking questions. But it appears like they are not getting the answers yet.

One irritated resident noted they were out of power for four hours yesterday, June 22. Another pointed out that the power situation in the area is unacceptable as they have been out of power for 18 hours straight.

And yet another noted that since the suburb has been without power for 18 hours straight, electricity should be restored immediately without another incident of load shedding.

Some residents regretted that power has still not been restored even with the thousands of complaints about the situation on social media. They denounced those responsible for the situation as incompetent. 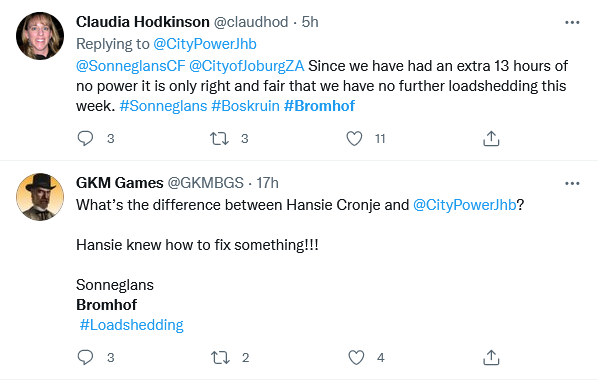 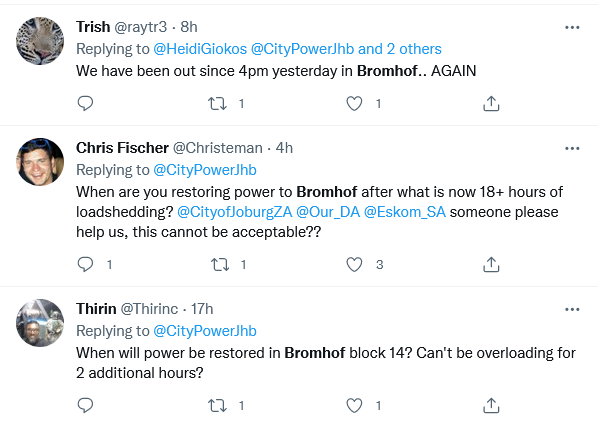 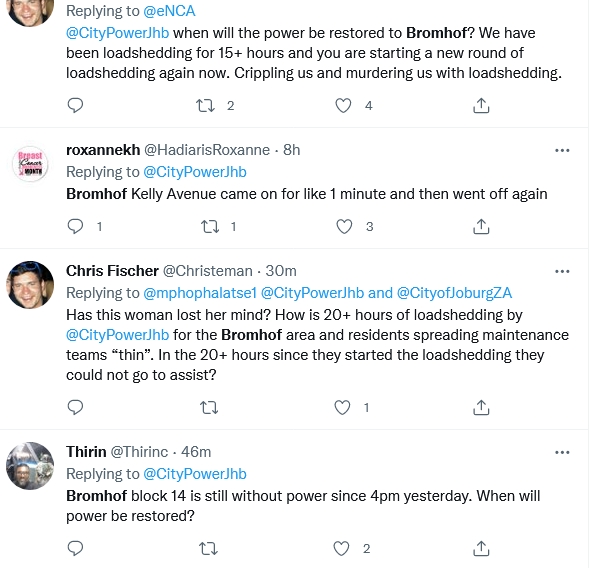 Load shedding is nothing new in South Africa – nor is the complaint about the epileptic power supply. Complaints erupt sporadically around the country. And no, Mzansi isn’t the only country having a power crisis. Nigeria has a similar challenge – the worst, according to some commentators on the continent.

Tags
Bromhof
John Israel A Send an email 23 June 2022
Back to top button
Close
We use cookies on our website to give you the most relevant experience by remembering your preferences and repeat visits. By clicking “Accept All”, you consent to the use of ALL the cookies. However, you may visit "Cookie Settings" to provide a controlled consent.
Cookie SettingsAccept All
Manage Privacy