A few days from now, in April, the Grammy Awards will hold, and the world will know just how well some musicians have performed – in the eyes of the Recording Academy, anyway.

The Recording Academy has been releasing the list of artists that will perform during the ceremony scheduled for Sunday, April 3. Among those recently added are Bruno Mars and Anderson .Paak, who are collectively known as Slik Sonik.

The duo’s “Leave The Door Open” is nominated in the Record Of The Year, Song Of The Year, Best R&B Performance, and Best R&B Song categories.

They will join the likes of Maria Becerra, Carrie Underwood, J Balvin, and John Legend. CBS announced the new batch of performers in a recent tweet, which you can check out below. 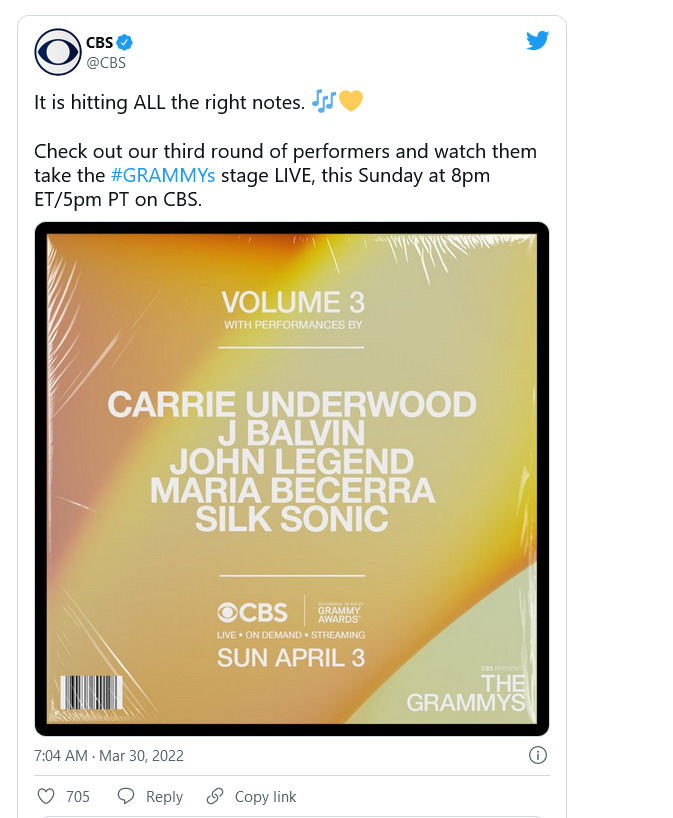 The Grammys is America’s premier music award. Controversies have always plagued the award, with claims rife that more deserving artists sometimes don’t get to be honoured by the Recording Academy.

Will that change anytime soon?

Tags
Anderson .Paak Bruno Mars
John Israel A Send an email 31 March 2022
Back to top button
Close
We use cookies on our website to give you the most relevant experience by remembering your preferences and repeat visits. By clicking “Accept All”, you consent to the use of ALL the cookies. However, you may visit "Cookie Settings" to provide a controlled consent.
Cookie SettingsAccept All
Manage Privacy