A week ago, BTS member J-Hope contracted COVID-19. The news rocketed throughout the world, and his fans – or his army, if you please – were worried.

However, it appears like all danger is passed now as the much-loved musician has recovered and sent a message out to his army about his recovery.

In his post on Weverse, which was written in Korean, he’d asked rhetorically if his fans were worried. He’d then added that he’s okay, eats well and sleeps well. 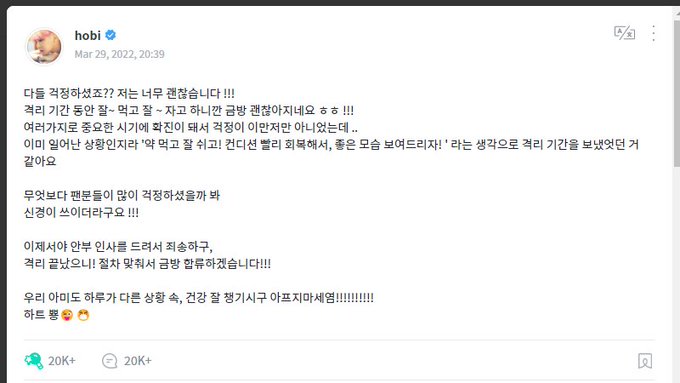 Any doubts about his recovery were put to rest when he confirmed he’d be attending the Grammys.

BigHit Entertainment, the record label to which he and his BTS pals are signed, confirmed J-Hope’s recovery in a statement which you can check out below. 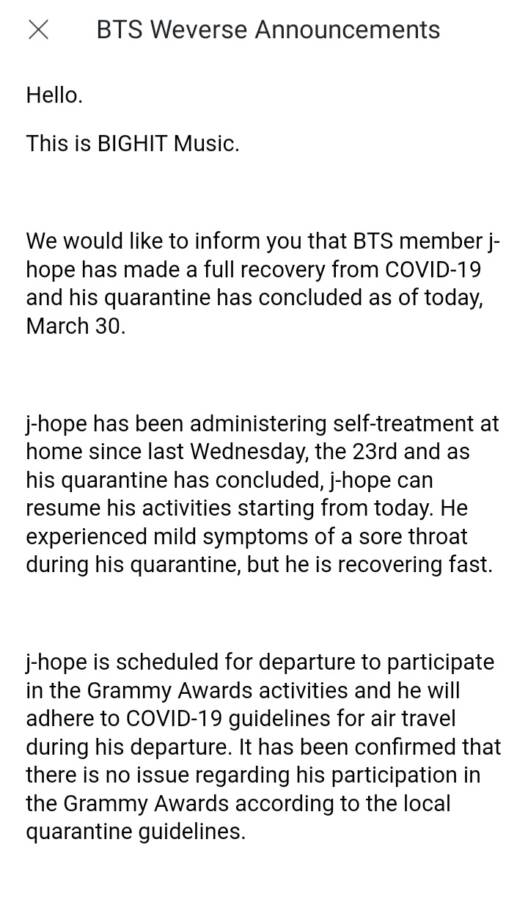 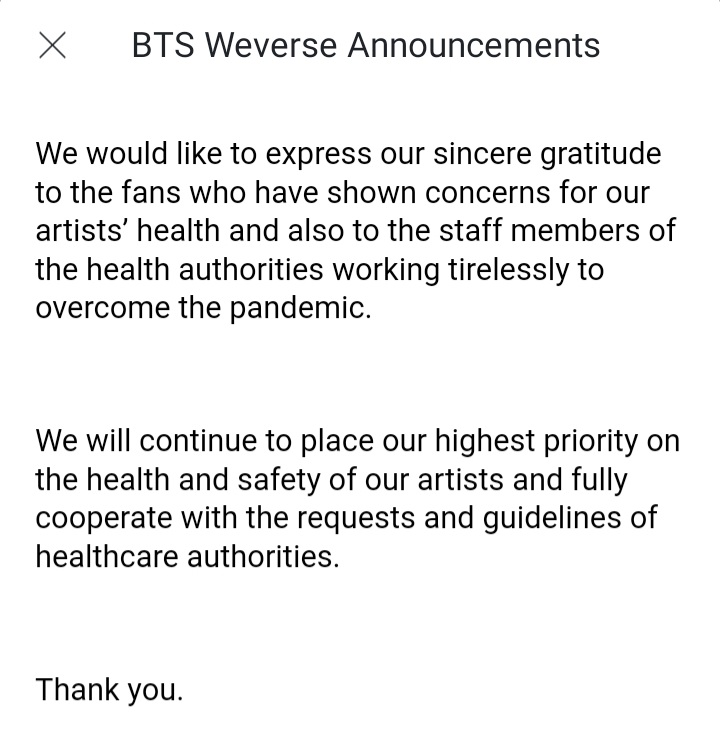 The news of his recovery has sent many fans into frenzies of jubilation.

BTS, which comprises the friends RM, Jin, Jimin, Suga, J-Hope, V and Jungkook, is one of the biggest bands in Korea. The band has already gone global.

The band is scheduled to perform at the Grammy Awards this year on April 4. So J-Hope’s recovery means a lot – not just to him but to his fans who would love to see him perform at the show.

Tags
BTS J-Hope South Korea
John Israel A Send an email 30 March 2022
Back to top button
Close
We use cookies on our website to give you the most relevant experience by remembering your preferences and repeat visits. By clicking “Accept All”, you consent to the use of ALL the cookies. However, you may visit "Cookie Settings" to provide a controlled consent.
Cookie SettingsAccept All
Manage Privacy