Actress Buhle Samuels has been fired from her role in Imbewu: The Seed.

Buhle has not commented on her exit from the show, but the media personality Phil Mphela has given more details about her exit. According to Phil, Buhle and the production team had differing views on Zandile, a character Buhle played in the series.

As a result, the production decided to let her go and use someone else in her place. In that case, the south season of the series will be without the actress.

News of her exit from the flick provoked mixed reactions online. Some of the fans of the show wondered why the production and the actress couldn’t resolve their difference and forge ahead. 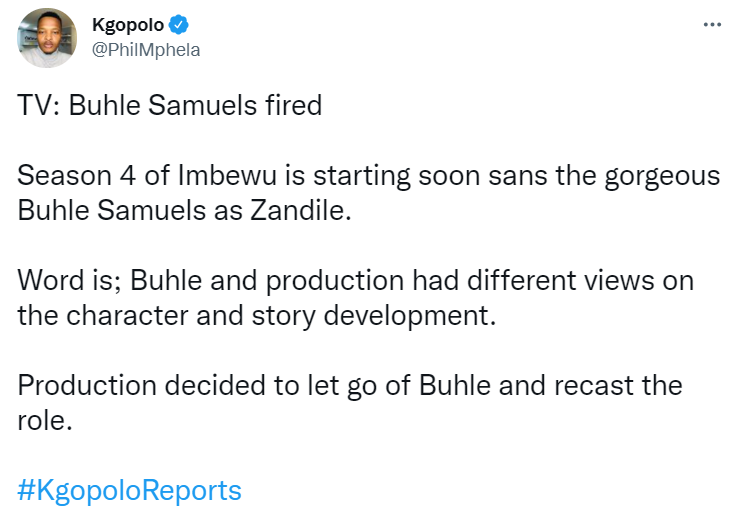 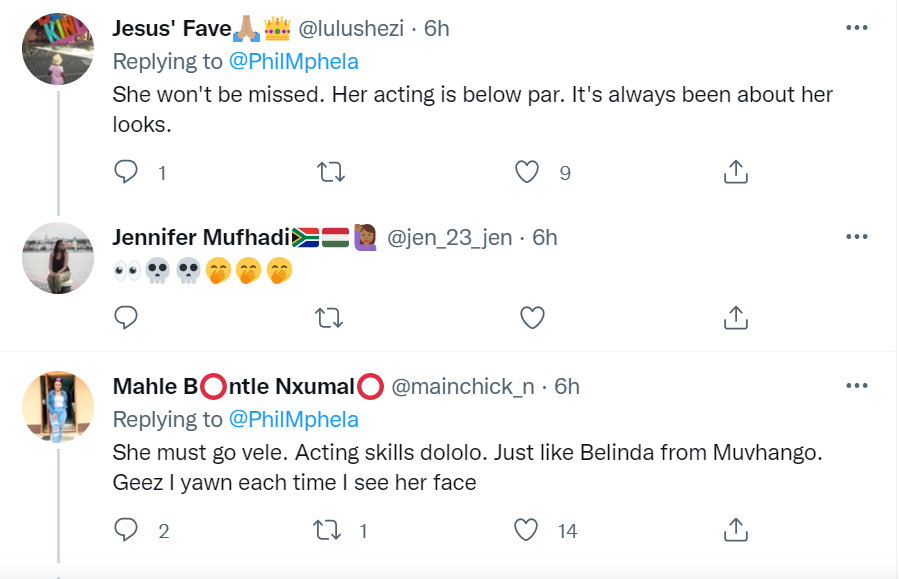 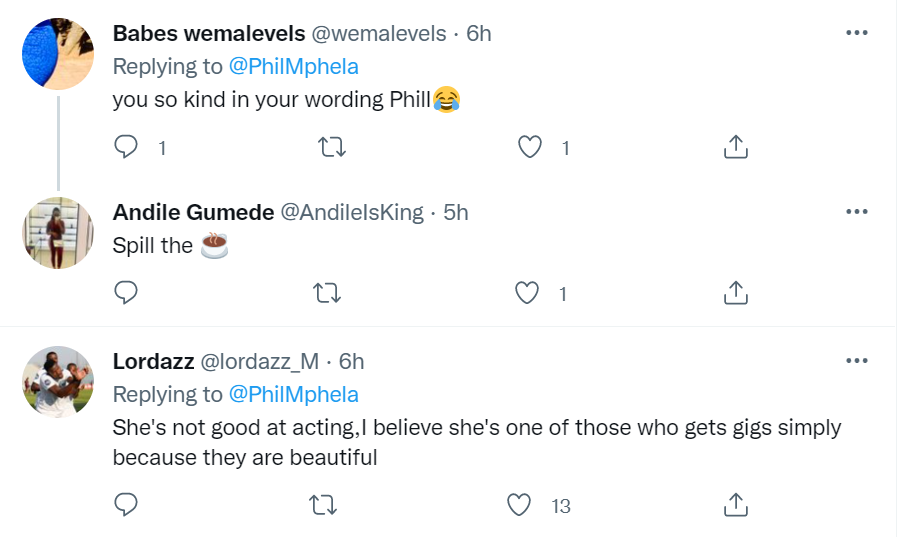 Others wondered if the person cast in Buhle’s place will be effective in the role and bring as much drama as Buhle had done in her time. And yet others were only interested in the flick continuing, whether Buhle is a part of it or not.

Buhle’s exit from the showing is not a novelty in the industry, though. Now and then, actors and producers part ways other agreements. In some cases, series have had to be killed. The Seed is different.

Tags
Buhle Samuels
John Israel A Send an email 17 December 2021
Back to top button
Close
We use cookies on our website to give you the most relevant experience by remembering your preferences and repeat visits. By clicking “Accept All”, you consent to the use of ALL the cookies. However, you may visit "Cookie Settings" to provide a controlled consent.
Cookie SettingsAccept All
Manage Privacy