“SBWL” songstress Busiswa is navigating a painful path in her musical career following the breaking into her studio and stealing of several career assets, including a core i7 Hp Tower, MacBooks, and most painfully, over 500 songs.

Busiswa announced the loss on social media, amplifying how distressed she was about the heist, especially regarding the things money can’t buy: her songs and some visual content.

To speed up the recovery of the stolen items, she’s offering a reward of R40,000 to return them all. The return can be anonymous or direct. She’s only interested in getting what is essentially her “career and her children’s legacy” back. In addition to that, DJ Tira is also pledging R10,000, making it a total of 50K.

Whoever has information that might lead to the return of the stolen items should either call her or send her a WhatsApp message via the phone number she shared online.

She especially urged those living in the Centurion, Midrand, and Pretoria areas to look out for the stolen items. You can check out her distress post below. 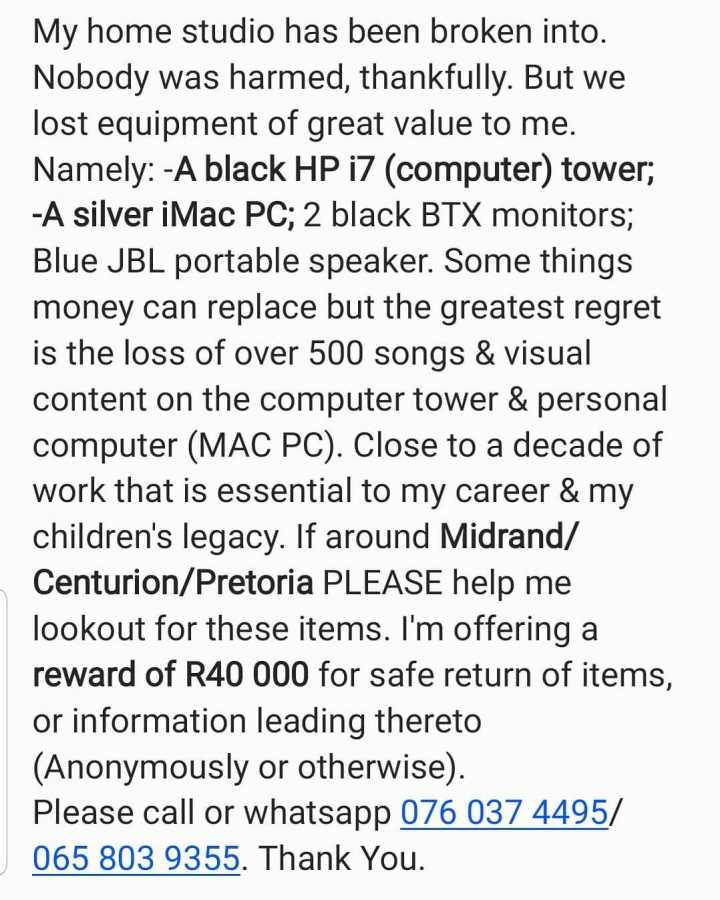 By the way, Busiswa is but one of several musicians who have lost to their songs and other assets to criminals. Previously L’vovo Derrango had lost a MacBook when criminals smashed the windscreen of his care and made away with his MacBook, which contained unreleased songs.