Burna Boy is among the first recipients of the Manchester United 2020/21 Adidas kit.

Apparently he is one of the first recipients of Manchester United’s 2020/21 Adidas kit. Crazy right? That’s on a whole other level. The “Twice As Tall” hit maker made the reveal in a recent post made on Twitter where he shared photos of himself wearing the stripe-inspired Jersey with his name on it.

Yes, his name is on it. He also stated how honoured he is to be among the first to receive it. Burna has also been announced to be in the lineup of performers for Afro Nation 2021 scheduled to happen in Portugal. The lineup also features Chris Brown, Rick Ross, French Montana, WizKid, Davido, Sho Madjozi, Busiswa, Yemi Alade and more. 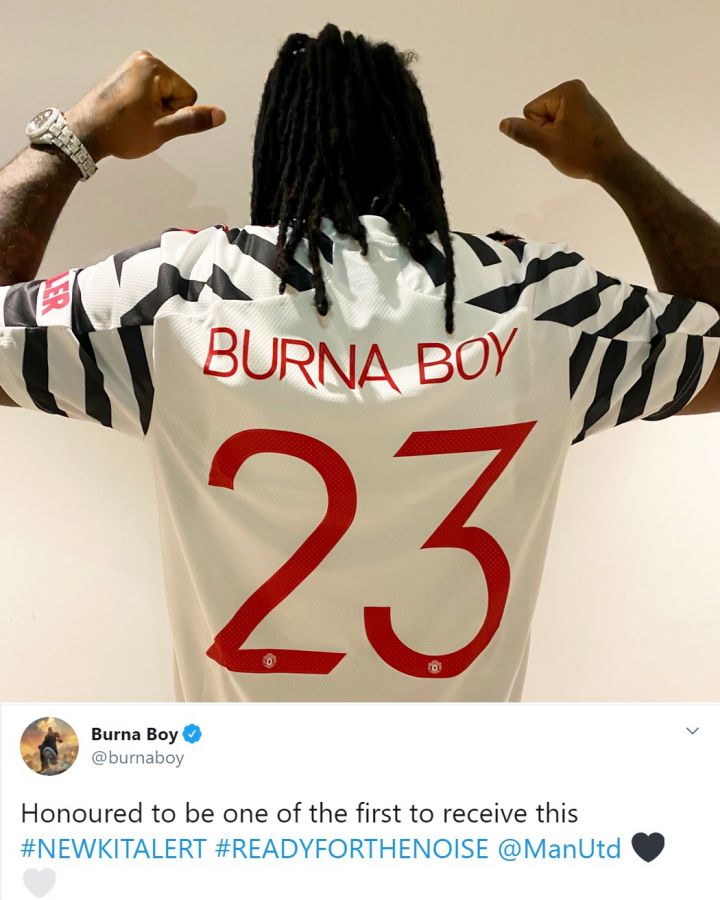 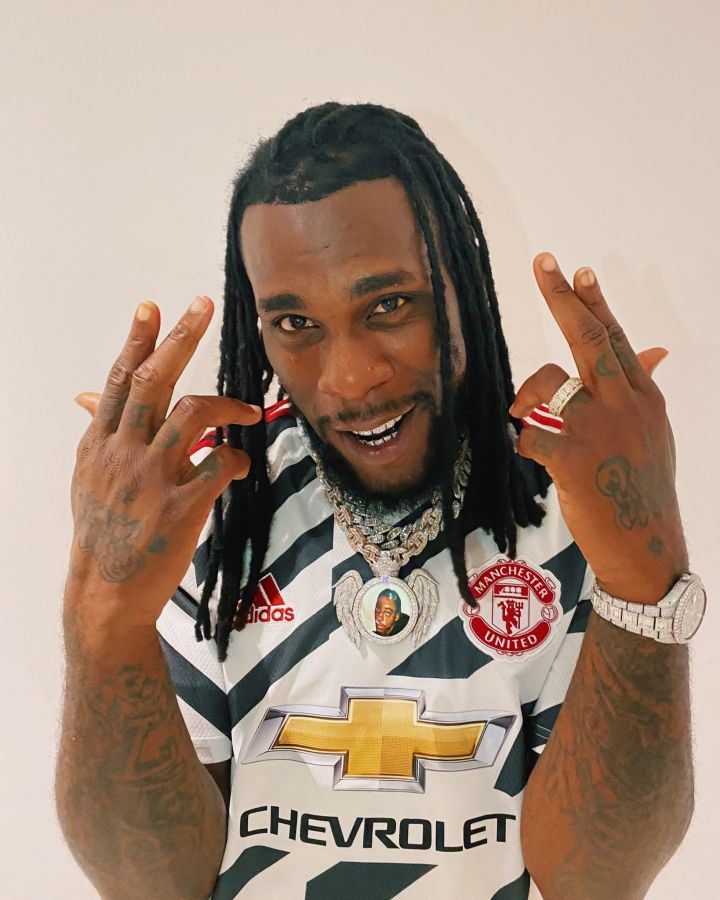 Tags
Burna Boy
John Jabulani Send an email 8 September 2020
Back to top button
Close
We use cookies on our website to give you the most relevant experience by remembering your preferences and repeat visits. By clicking “Accept All”, you consent to the use of ALL the cookies. However, you may visit "Cookie Settings" to provide a controlled consent.
Cookie SettingsAccept All
Manage Privacy