The roll of milestones continues for Nigerian singer Burna Boy as he sells out the Madison Square Garden in New York — a career first for him.

He acknowledged the significance of that win in a tweet. He noted his New York concert beginnings at the PlayStation Theatre, the Gramercy Theatre, The Apollo, and finally, the Madison Square Garden. He thanked New York for sticking with him so far. 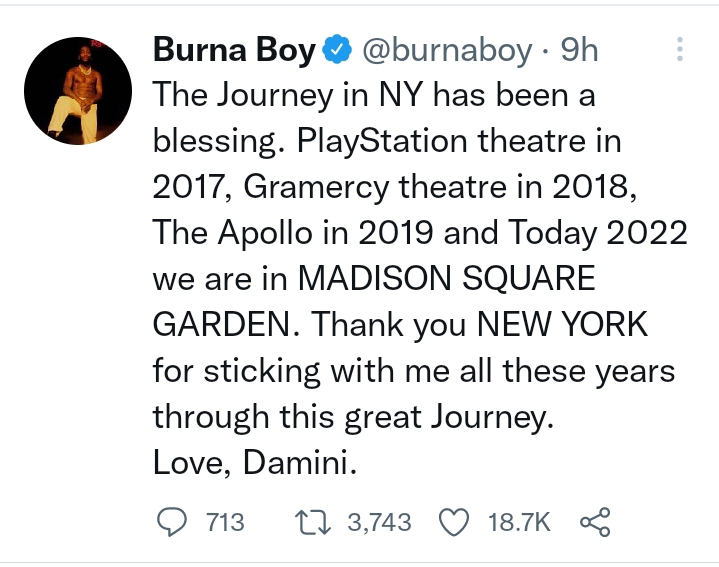 Dubbed One Night in Space, the concert at Madison Square was a big success that tossed the “Steel and Copper” singer’s name to the trend list on Nigeria Twitter.

This can only be achieved with several nights of practice. pic.twitter.com/0oRDZHZgfd

With his selling out the Madison Square Garden, Burna Boy joins a list of world greats that have sold out the venue previously, including Jay-Z, Justin Bieber, Mariah Carey, The Beatles and Adele.

The excitement Burna Boy’s latest success at Madison Square Garden has generated is best imagined. You can check out some of the reactions to his latest win below. 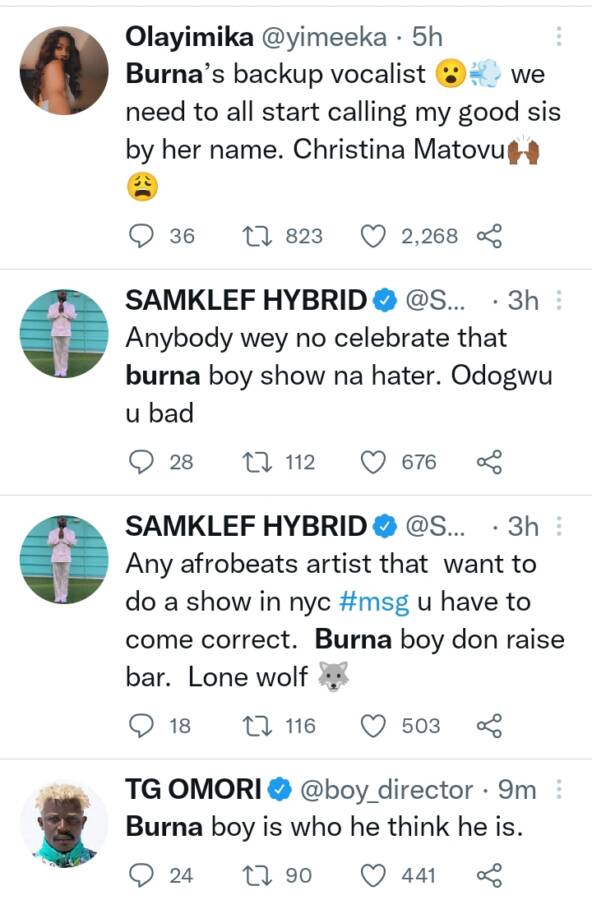 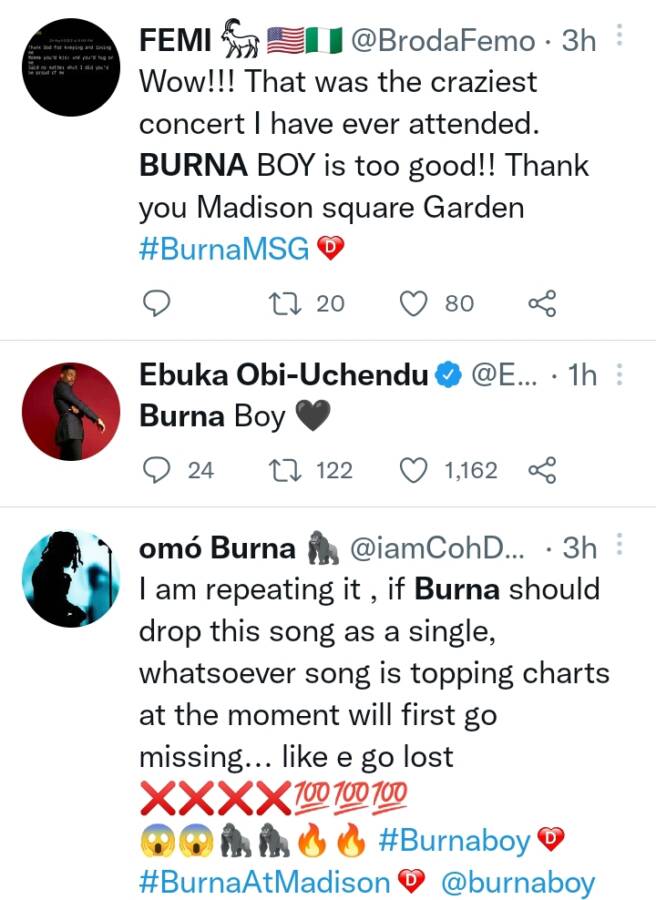 Burna Boy also performed an unreleased song off his upcoming album at his sold-out Madison Square Garden concert. His soon to be released album will be called “LOVE, DAMINI” and is dropping on the 2nd of July.

Tags
Burna Boy Nigeria
John Israel A29 April 2022
Back to top button
Close
We use cookies on our website to give you the most relevant experience by remembering your preferences and repeat visits. By clicking “Accept All”, you consent to the use of ALL the cookies. However, you may visit "Cookie Settings" to provide a controlled consent.
Cookie SettingsAccept All
Manage Privacy