There is no doubt that Mzansi hitmaker Busta 929 has hacked the music thing. He has been doing so much this year and letting the music speak. Not too long ago, Busta dropped the third volume of his popular album series “Undisputed”. The project has been a success since it was released.

The Amapiano star is still putting in work. Taking to his Instagram page on Wednesday, April 6, he announced the upcoming release of his next project, a musical series titled “Thupa Industry”. The new series was reportedly compiled by Almighty, LoLo SA, Busta, Xavi Yentin, and Zwesh SA.

It will feature 15 tracks/episodes with contributions from Sizwe Alakine, DJ Million, Bob Mabena, Mafidzodzo, etc. The project is scheduled to drop on April 29, 2022. No doubt, it will be a good one. 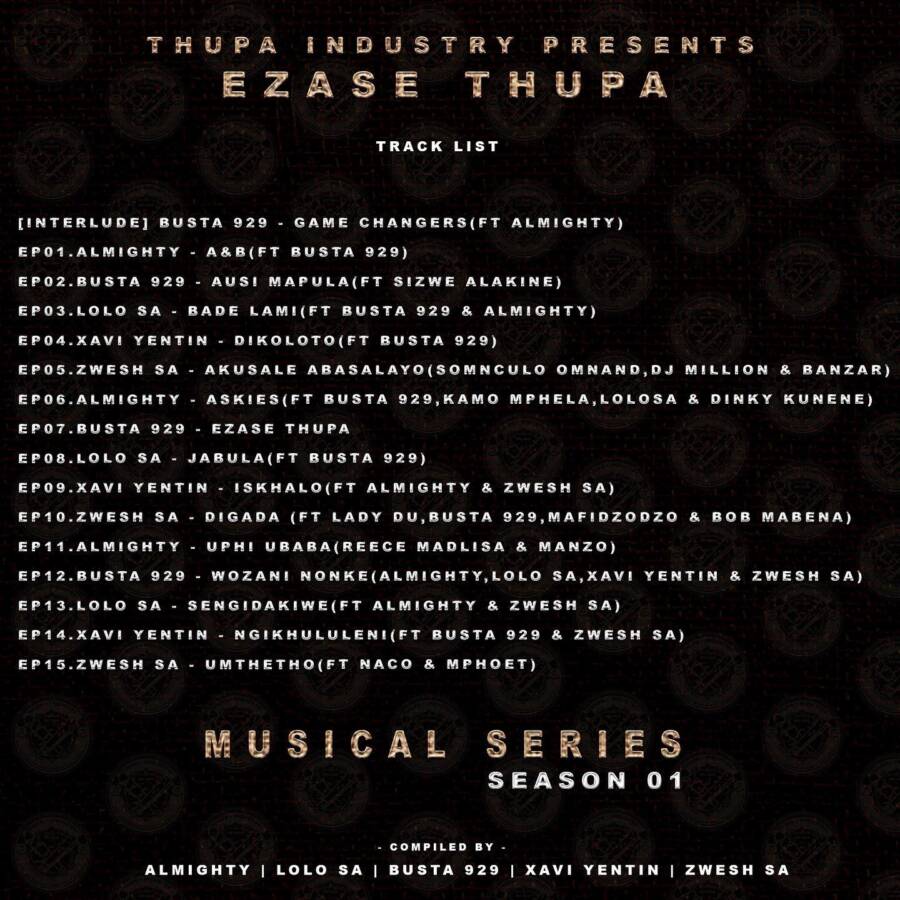 Tags
Busta 929
John Jabulani Send an email 7 April 2022
Back to top button
Close
We use cookies on our website to give you the most relevant experience by remembering your preferences and repeat visits. By clicking “Accept All”, you consent to the use of ALL the cookies. However, you may visit "Cookie Settings" to provide a controlled consent.
Cookie SettingsAccept All
Manage Privacy