Busta 929 and Mpura’s “Umsebenzi Wethu” has been certified platinum and it looks like it is on its way to double platinum certification.

Busta 929 shared the news of the platinum certification in a recent Instagram post, thanking his fans who were instrumental to the song reaching that milestone. You can check out the post below. 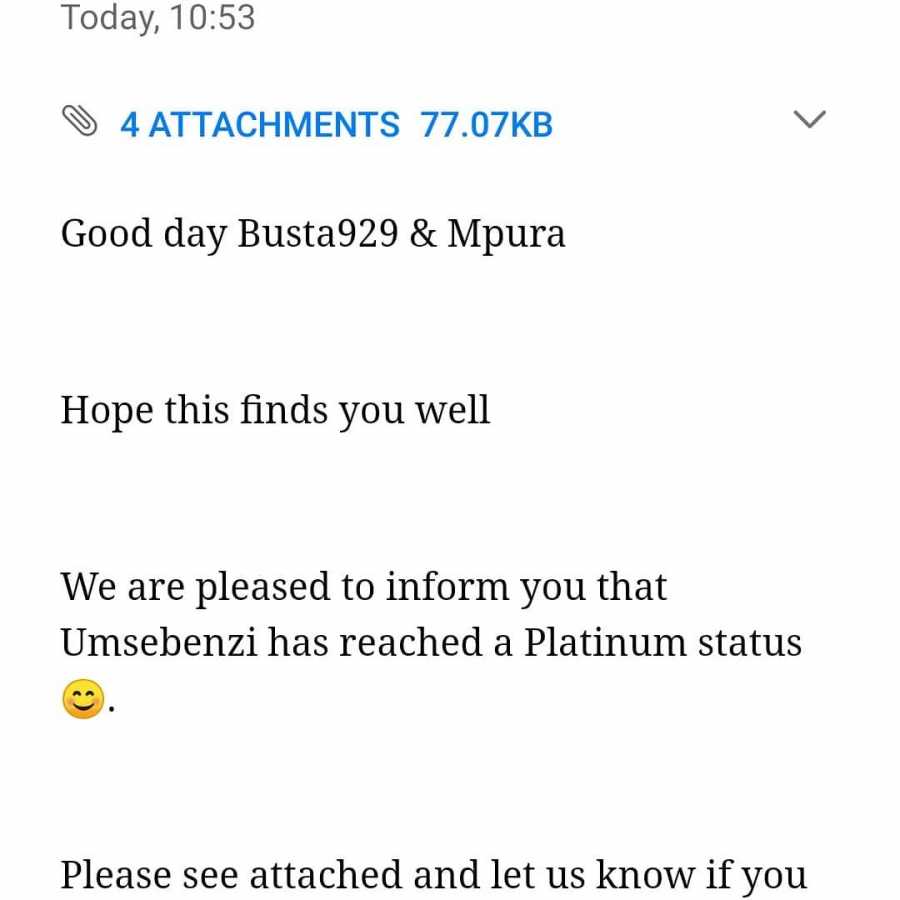 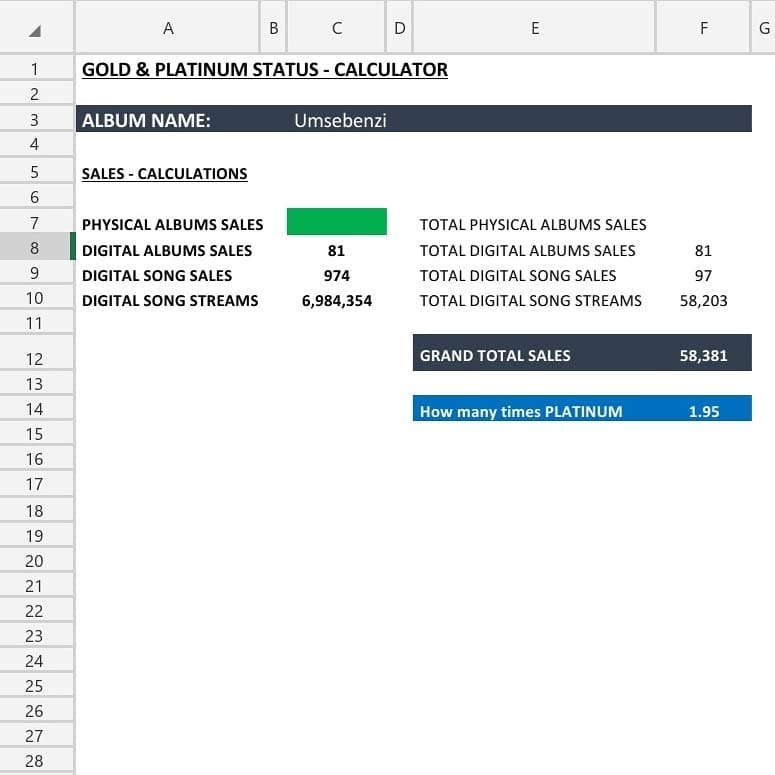 “Umsebenzi Wethu” is a song of great appeal, so it isn’t surprising it should earn platinum certification not long after release. At the time the song was released, it had a robust following. From the look of things, the song is still of massive appeal out there. .

The songster has been deluged with congratulations from fans as well as from other South African musicians, including Major League DJz, a band of two brothers, and Reece Madlisa.

By the way, Busta is reportedly working on a. new project. It’s unknown when the said project will be out. But then you can count on us as South Africa’s premier music and entertainment hub to share it with y’all on release. In order not to miss it, you might want to follow our social media channels as well as subscribe to our newsfeed

What do you think of Busta 929 & Mpura’s “Umsebenzi Wethu” going platinum?

Tags
Busta 929 Mpura
John Israel A Send an email 22 February 2021
Back to top button
Close
We use cookies on our website to give you the most relevant experience by remembering your preferences and repeat visits. By clicking “Accept All”, you consent to the use of ALL the cookies. However, you may visit "Cookie Settings" to provide a controlled consent.
Cookie SettingsAccept All
Manage Privacy