Amapiano DJ and producer Busta 929 has reacted to claims that he’s exploiting his associate and fellow musician Mgiftoz Entertainer.

Mgiftoz Entertainer had taken to his Facebook page to claim that he wasn’t given credit for his work on the songs released in collaboration with Busta 929.

He said he wrote his post in tears, is thinking of quitting music, and is in fear, as he has no clue what will happen to his relationship with Busta, having gone public with his criticism of the songster. So far, though, it appears the public is more sympathetic to his cause. You can check out the post below. 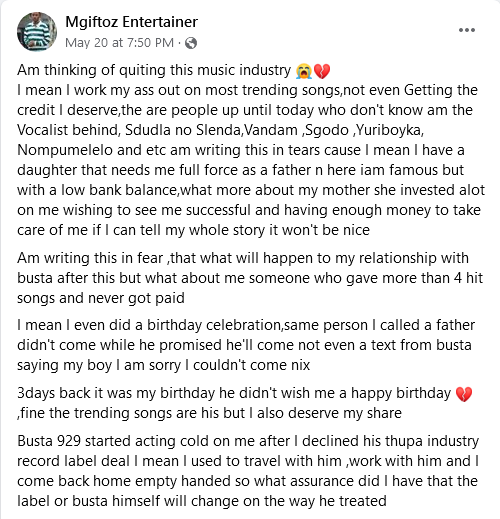 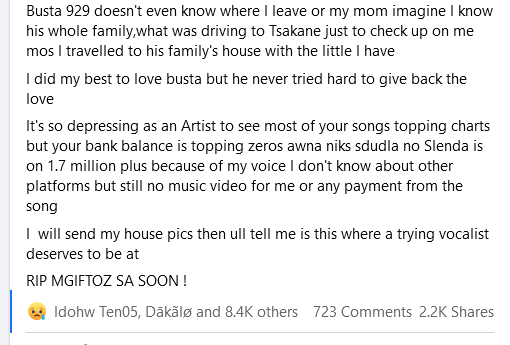 However, Busta 929 issued a statement describing Mgiftoz Entertainer’s post as defamatory, noting that the songster was justly credited for the work he did with him.

He asked Mgiftoz Entertainer to retract his post/ statement, as well as issue a public apology. He noted he’d be contacting his lawyers to determine what steps to take next. 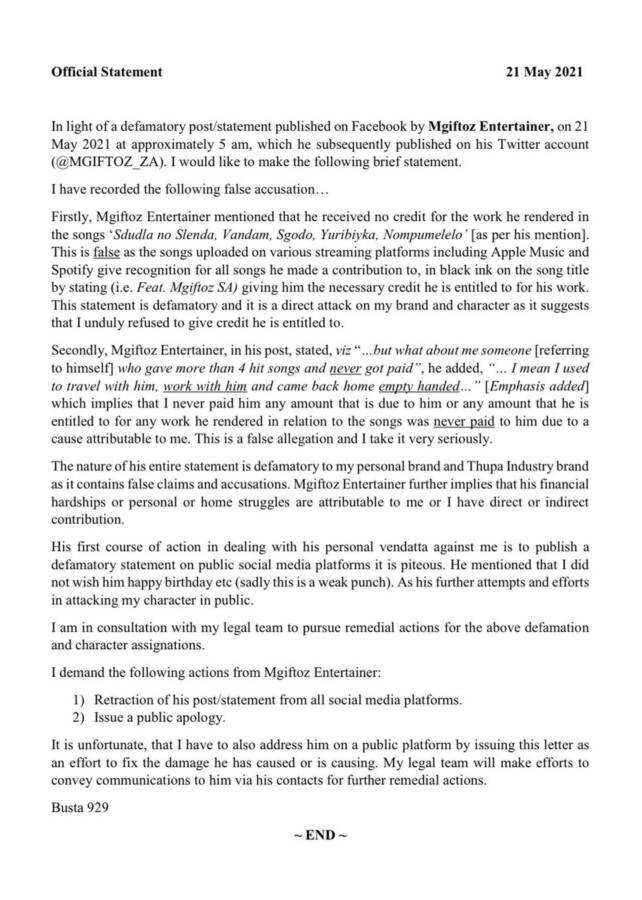 Will the case reach the courts? Time will tell.

Tags
Busta 929 Mgiftoz SA
John Israel A Send an email 23 May 2022
Back to top button
Close
We use cookies on our website to give you the most relevant experience by remembering your preferences and repeat visits. By clicking “Accept All”, you consent to the use of ALL the cookies. However, you may visit "Cookie Settings" to provide a controlled consent.
Cookie SettingsAccept All
Manage Privacy