According to recent reports by Kossy Derrick, the final State Capture Report will be handed to the President, Ramaphosa, at Union Building today at 16:00. The report will later be released to the public shortly after the handover.

A piece of written information reveals this. It indicates that President Cyril Ramaphosa has received part one to part four of the State Capture reports. The fifth and final one is set to be handed over to him this evening. The information reads,

“President Cyril Ramaphosa will later today, 22 June 2022, formally receive the fifth and final judicial commission of inquiry into allegations of State Capture, corruption and fraud in the public sector including organs of state.

“The presidency will publish the final report shortly after it is presented to the president by the Chief Justice and commission Chairperson, Judge Raymond Zondo. The handover of the report will take place at the Union Buildings.

Ramaphosa has thus far received part one to part four of the reports.”

Mzansi has shared reactions to the announcement on social media. Check them out below. 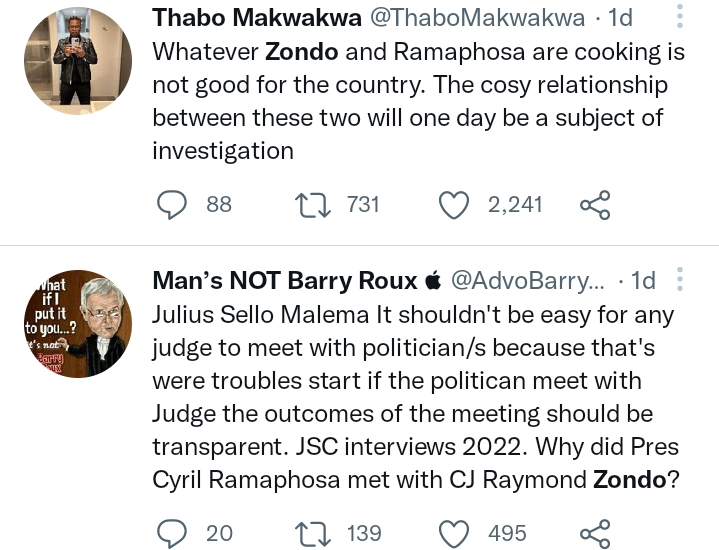 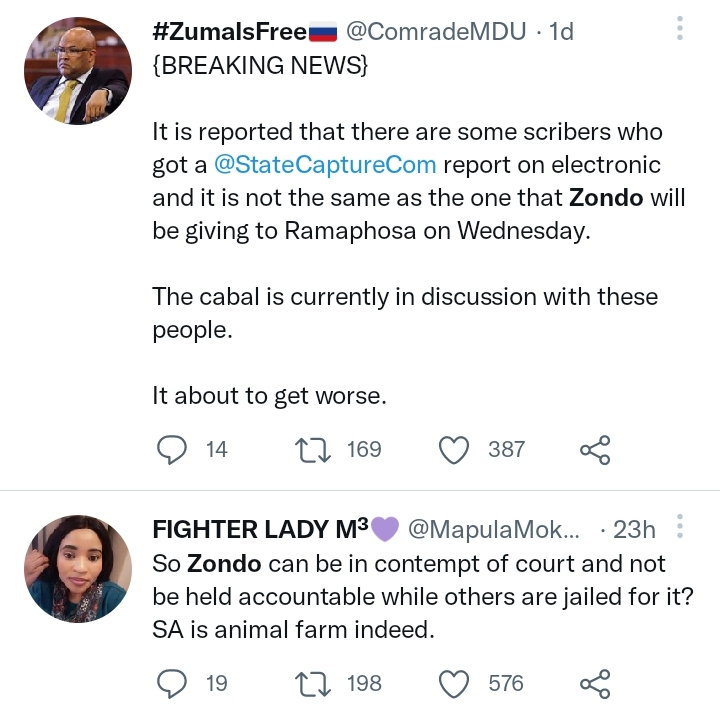 When @Julius_S_Malema asked Raymond Zondo as to why he decent in to political arena so easily and meeting Ramaphosa to discuss his appearance at the state capture commission,you all attacked Julius, today Zondo is meeting Cyril,now the DA is crying the loadest. #PhalaPhalaFarm pic.twitter.com/RsoxXyW35N

Tags
Cyril Ramaphosa President Cyril Ramaphosa Raymond Zondo
John Jabulani Send an email 22 June 2022
Back to top button
Close
We use cookies on our website to give you the most relevant experience by remembering your preferences and repeat visits. By clicking “Accept All”, you consent to the use of ALL the cookies. However, you may visit "Cookie Settings" to provide a controlled consent.
Cookie SettingsAccept All
Manage Privacy