Today 15th of April, Cardi B And Offset shared the name of their newborn son. They also revealed the face of the baby for the first time in a series of pictures. In addition to their newborn, the couple also have a three-year-old daughter named Kulture, while Offset has three kids from previous relationships. A seven-year-old Kalea and Kody and Jordan who is 12 years old.

The name of the good looking baby boy is Wave Set Cephus. Finally, the world is getting to see the baby who was born in September 2021 for the first time after seven months of keeping him from the public eye. In the picture shared by the mother, Wave Set Cephus was seen in a white shirt and trousers with a blue jacket and a sky blue head warmer. His most noticeable asset on him is his huge diamond necklaces.

Cardi B, a well-known hip-hop artist for hit songs like Bodak Yellow and WAP, laced the shared picture with a dinosaur, a sea wave and a bear emojis. On the other hand, Offset shared a photo of the baby boy still in the bath and captioned it “Wave Set Cephus”, which explains why Cardi B added the wave emoji in her caption. Set is the last part of the newborn father’s stage name. 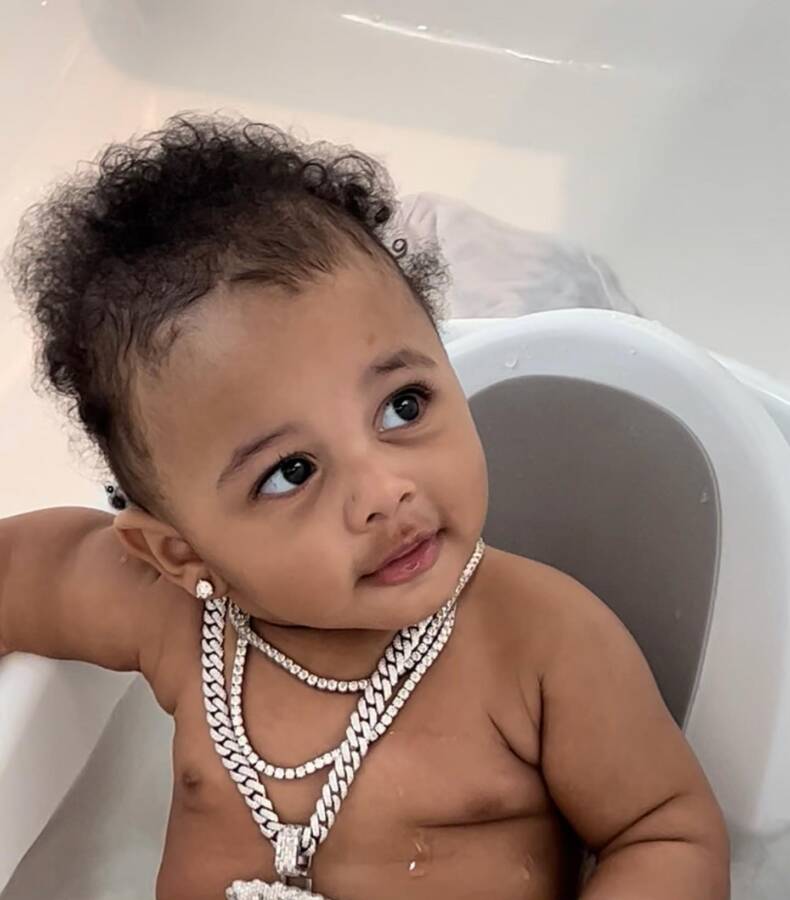 Cardi B later revealed in a tweet that the name was her husband’s idea.

When Set suggested Wave, I was sold! That had to be his name,
she wrote.

Cardi B also put out a video of her baby’s gigantic chain, his name and a wave engraved on it, and a surfing baby.

Offset, whose real name is Kiari Kendrell Cephus and Cardi B Belcalis Marlenis Almanzar are both famous American hip hop artists and business owners. They also appeared in the latest edition of Essence magazine tagged “Rapped In Love”. Some minutes after sharing pictures and the name of her baby, Cardi and Offset shared some beautiful images of their latest Essence cover with their whole family, including Wave and Kulture and Offset’s kids from the previous relationships. 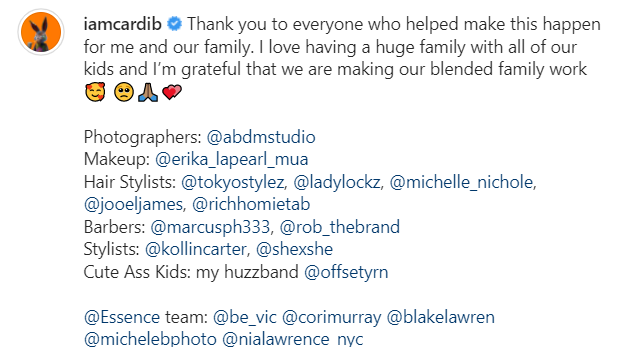 Cardi talked about the reason behind keeping Wave’s photos private for such a long time in her Essence cover interview, saying…

We went through a lot of sad things when it comes to Kulture—terrible behaviour that not even the older kids have ever been through. So many people will post mean, disgusting things, just to get a reaction from us. We want to protect our feelings, because we get very, very angry and upset.

She also shed some light on her and Offset’s stunning family.

After we got married, that’s when I first met his kids. I always wanted them to love me, and they really do. They tell me that. I feel it, and I hope that we always have a great relationship.” Meanwhile, Offset added, “It’s a blessing to be able to have them all together, and to have a wife who’s open and treats them as if they’re her kids. It could be an issue, but I don’t have to go through that, and that’s beautiful.

Tags
Cardi B Offset
James Lethabo15 April 2022
Back to top button
Close
We use cookies on our website to give you the most relevant experience by remembering your preferences and repeat visits. By clicking “Accept All”, you consent to the use of ALL the cookies. However, you may visit "Cookie Settings" to provide a controlled consent.
Cookie SettingsAccept All
Manage Privacy