American rapper Cardi B has confirmed her “Wild Side” in a recent public admission that should rest a long controversy. According to the songstress, she actually did plastic surgery on her nose in 2020.

Speculations have been rife that the songstress had a nose augmentation because many of her fans think she looked different. The speculations come and go, never dying out.

As far as some of her fans are concerned, she looks different every other week. It was inevitable that Cardi should get tired of the constant talk about supposed changes to her face and fire back.

In a recent post on social media, a fan had noted that her face keeps changing but that the songstress looks good all the same.

Cardi B had had enough this time, and she clapped back at the fan, noting that yes, she, Cardi, had a nose augmentation job but that it was two years ago (2020).

She noted that the constant post about her looks changing every other day is getting old. Peeps should just say that she looks good and get lost. That’s enough, as far as she’s concerned. 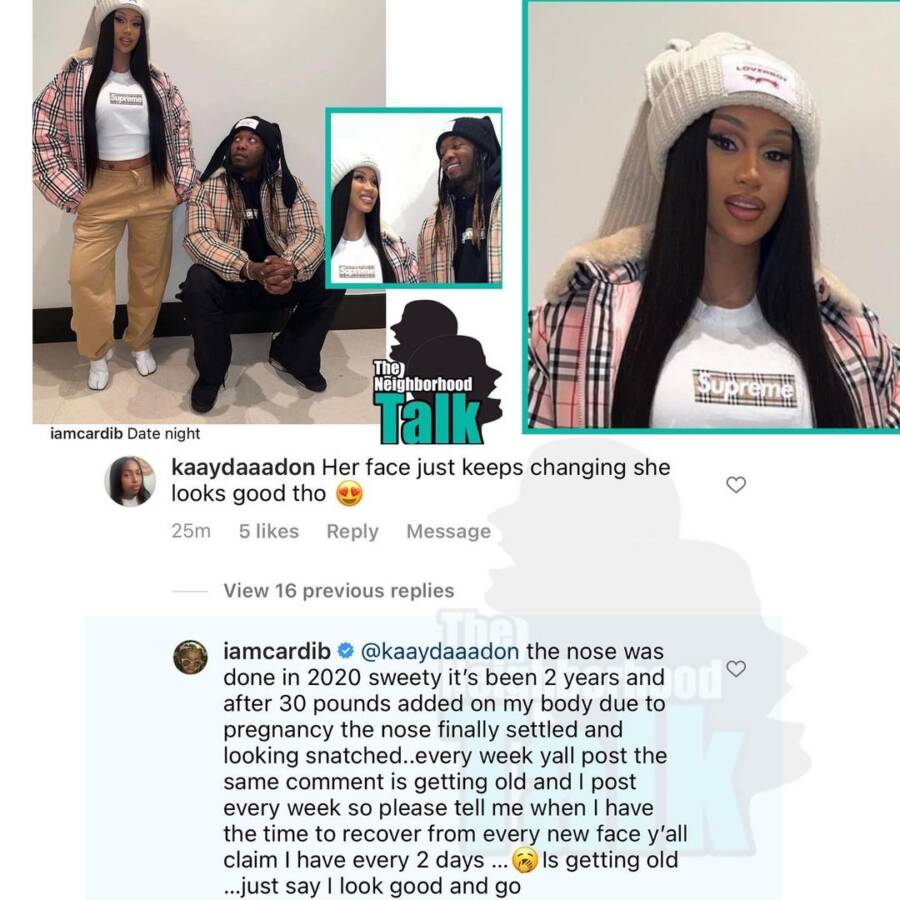 But seeing as the world never lack trolls – and never ever will – we seriously doubt she’d eventually shush her nose watchers.

Tags
Cardi B USA
John Israel A Send an email 17 March 2022
Back to top button
Close
We use cookies on our website to give you the most relevant experience by remembering your preferences and repeat visits. By clicking “Accept All”, you consent to the use of ALL the cookies. However, you may visit "Cookie Settings" to provide a controlled consent.
Cookie SettingsAccept All
Manage Privacy