Controversial “WAP” rapper Cardi B has debunked claims she is a member of the Illuminati. The songstress shared a photo of herself sporting what appears to be a costume with the Sigil of Baphomet.

The songstress has formalized her divorce from Offset and made it clear in her latest picture, which showed her rocking two horns, that she was single, rich and as bad as they come. She does the controlling, according to her.

The picture, as well as the caption, elicited many questions from her fans, with some of them stating outright that she had joined the Illuminati – said to be a powerful group of wealthy individuals versed in mind control techniques.

In response to comments she might have joined the Illuminati, the songstress spat out a disclaimer, stating she is not associated with the group, nor does she want to. In fact, according to her, she would rather die broke than join the group. She stated that the picture actually showed her in a costume for a TikTok video. 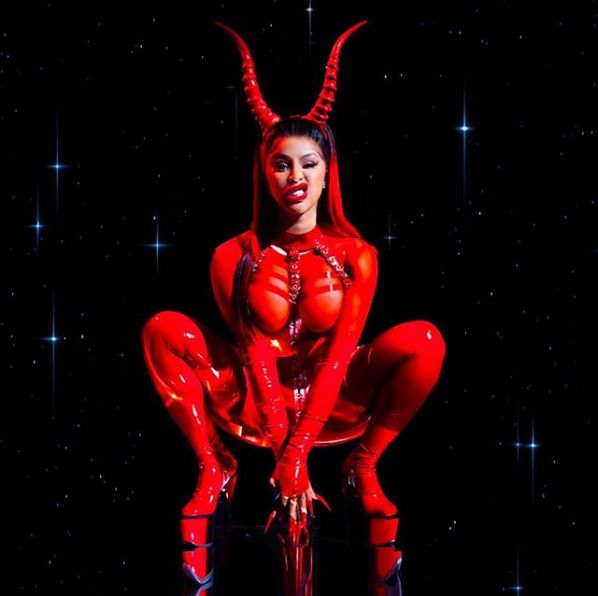 By the way, she isn’t the first American rapper accused of having Illuminati ties. Jay-Z, as well as his wife Beyoncé, had been accused previously. Well, what do you think?