Cardi B’s career wins continues with a recent partnership with top fashion brand Balenciaga. She is now the new face of the brand which was founded in 1917 by Cristóbal.

In an Instagram post yesterday 1 September 2020, the songstress noted she was excited to see her image on billboards in New York. But Paris? This one is all shades of cool, and she indicated she wished she was there to see the billboard in person.

Her excited was especially pronounced because the billboard was on the side of Louvre, a famous museum in Paris. Her excitement was shared by her fans, as was obvious from their responses to her post, which has been liked over 1.3 million times.

The Balenciaga ad, which shows Cardi B lying on an astro-turf, was reportedly designed by the singer’s creative team in Los Angeles. 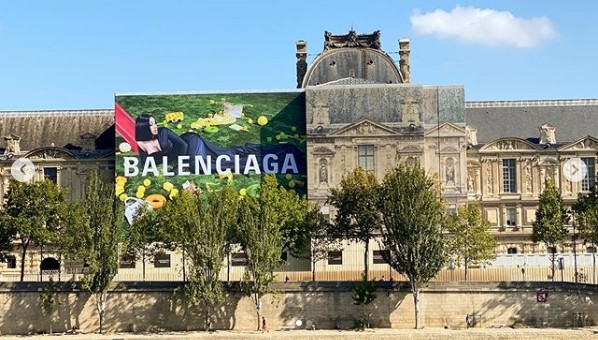 Her inclusion on Balenciaga’s winter 2020 ad campaign follows the monster success of her “WAP” song with Megan Thee Stallion and the premiere of the equally successful music video.

The video was criticized for its raunchy moves and salacious scenes. But thes probably wer the reasons it shot to the top of the charts and even earned the songstress and her friend a Billboard record.

Tags
Balenciaga Cardi B
John Israel A Send an email 2 September 2020
Back to top button
Close
We use cookies on our website to give you the most relevant experience by remembering your preferences and repeat visits. By clicking “Accept All”, you consent to the use of ALL the cookies. However, you may visit "Cookie Settings" to provide a controlled consent.
Cookie SettingsAccept All
Manage Privacy