A lot of artists aren’t as excited about the SAMAs are others are. For some, the recognition the awards show brings is what they crave, while others believe they are a “joke”. Some of these other artists include Cassper Nyovest, DJ Maphorisa, Nadia Nakai and more.

Although, the SAMAs have passed, Cass still has words for them for not including Master KG’s hit song “Jerusalema” in its “Song of the Year” category this year. The recent announcement that the song is currently the most Shazamed song in the world had Cass revisiting his anger.

After congratulating KG on the new achievement, he shared a different tweet calling the Awards show out for not nominating the song for “Song Of The Year”. He dubbed them a “joke”, saying they ought to be ashamed. Literally everyone else shares the same sentiments as him. Thankfully, KG is getting the love he deserves. 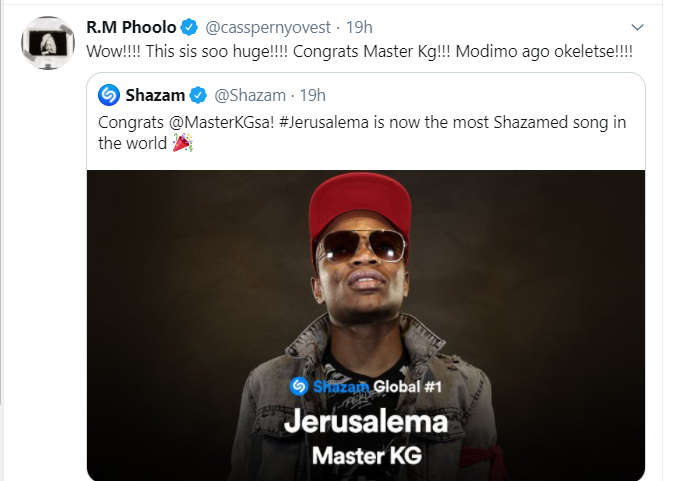 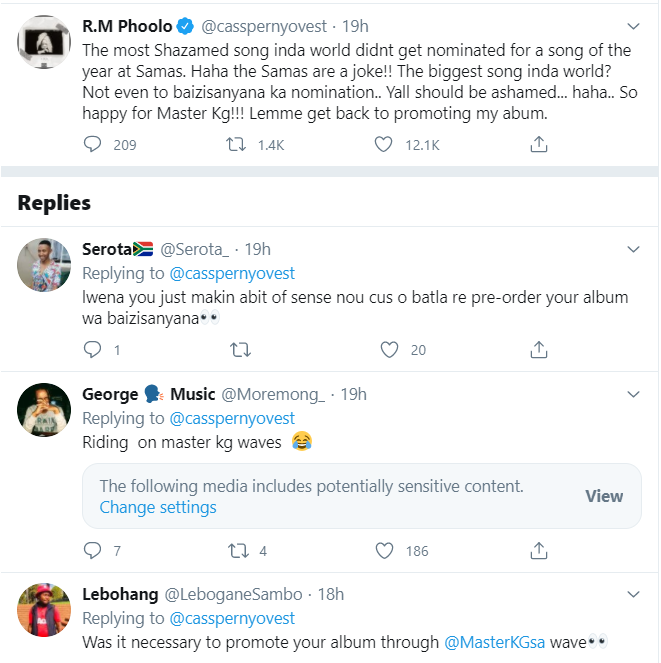