Cassper Nyovest is gearing to release new designs for his sneakers brand Root of Fame. And he’s announced just that in recent tweets while asking the opinion of his fans.

The “Doc Shebeleza” rapper launched his Root of Fame sneakers brand last year in limited colors in a R100 million. The reactions to the brand were mixed, with some people stating that Cass wasn’t a good designer.

But it didn’t dampen his entrepreneurial spirit. As far as he’s concerned, he’s still a project in development.

In a tweet earlier this month, the songster announced new designs of Root of Fame were imminent. He also asked what he should name the coming color combo. Fans dropped their views, but of course, it cannot be determined if he would take them. 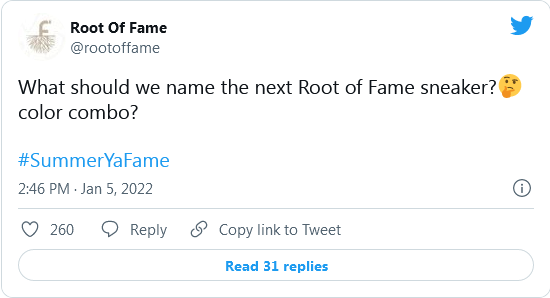 In another tweet, Cassper noted that Drip Footwear, the company he partnered with to create Root of Fame, released the shoe of the year in collaboration with Soulmate. He said he’s proud of the designs, and that working with the executives of both companies was all shades of didactic and beautiful. 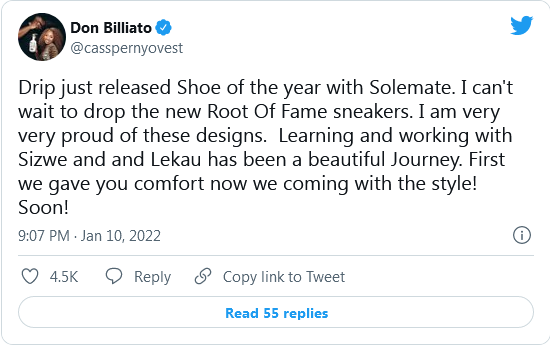 By the way, Cassper recently bought a McLaren, noting that his sneakers business had empowered him with the resources to buy the car. But his critics say otherwise.

Tags
Cassper Nyovest
John Israel A Send an email 14 January 2022
Back to top button
Close
We use cookies on our website to give you the most relevant experience by remembering your preferences and repeat visits. By clicking “Accept All”, you consent to the use of ALL the cookies. However, you may visit "Cookie Settings" to provide a controlled consent.
Cookie SettingsAccept All
Manage Privacy