Man calls Cassper Nyovest out for constantly texting his girlfriend.

Somehow, drama always seems to find him. The “Good For That” star was recently called out by a Twitter user named Phasha Manapyane for constantly texting his girlfriend. We don’t know how true this is but the tweet has already garnered close to 6000 likes. 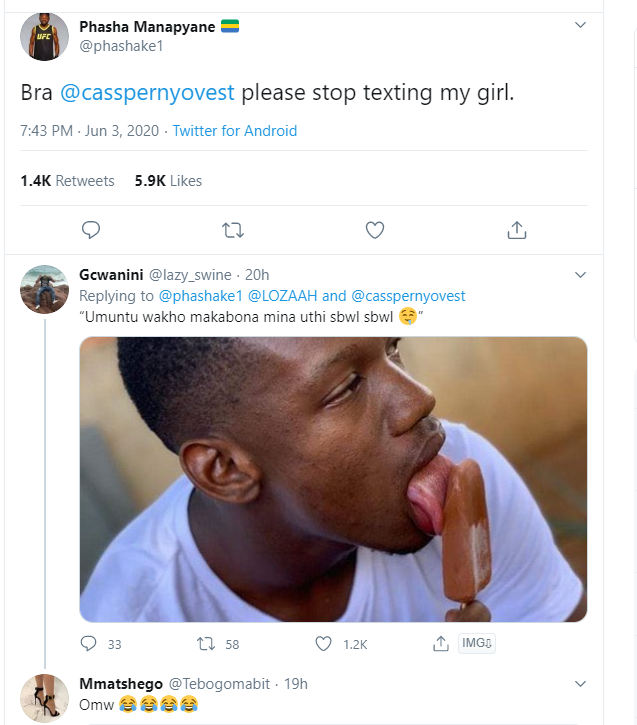 In the past, Cassper was very open about his romantic relationships. He previously revealed that he would not go public with them anymore because of how it affects them.

For a while now, he’s been rumoured to be in a relationship with a lady named, Thobeka, but Mufasa has neither confirmed nor denied it. This has us wondering if he really has a girlfriend or if he’s flying solo.