Family Tree rapper Cassper Nyovest has always been an advocate against gender-based violence (GBV), which is pretty rampant in South Africa.

So when news surfaced that the actress Thandeka Mdeliswa was shot and killed – a victim of GBV- Cassper Nyovest denounced the killing, calling on men to be responsible and the president of South Africa Cyril Ramaphosa to stem the tide of GBV in the country. You can check out the post below. 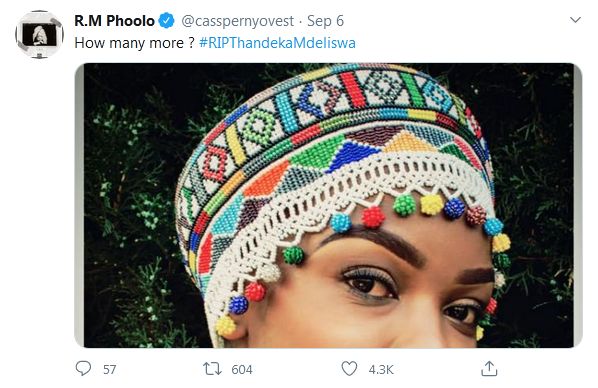 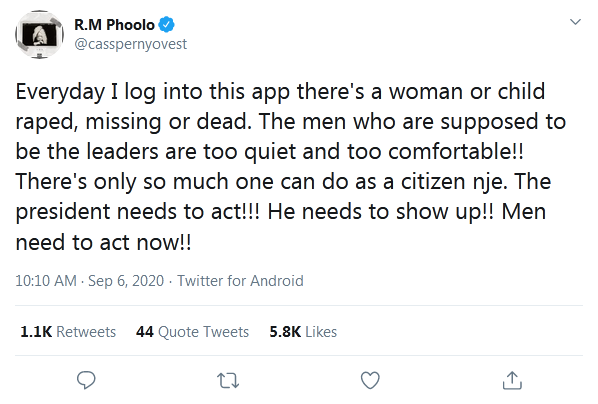 According to Thandeka Mdeliswa’s family, the songstress was brutally attacked and shot on Thursday 3 September. She was rushed to the hospital where she died, aged 34.

In a statement issued following the murder of the actress, the family stated it is deeply hurt. It described the circumstances of her death as another incident of GBV, which the South African government has to fight against.

You can check out the statement below. 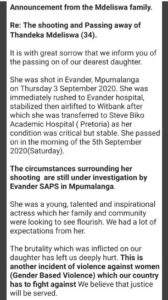 By the way, the songstress’s death has led to an outpouring of emotion and robust calls on the government from other citizens as well for the ending of GBV in the country.

What do you think of Thandeka Mdeliswa’s murder and Cassper Nyovest’s response? You might wish to join the conversation by dropping your thoughts in the comment section below.