A recently surfaced clip prompts Cassper Nyovest to admit to once being a horrible rapper.

If there’s anything we love about Cassper Nyovest, it is the fact that he never shies away from his mistakes. He usually owns up to them. We don’t know if this is a mistake, but it is nice to see him owning up to it too.

An old clip of Cass rapping in a questionable manner has been making the rounds on social media. That Cass and this Cass are two very different rappers. The rapper recently reacted to the video, saying he was once a horrible rapper.

He also revealed that the chains on his neck at the time was fake. However, he hilariously revealed that he doesn’t rap like that anymore, especially in his upcoming album “Any Minute Now”. It is scheduled to be released in two days, on September 11, 2020. We can’t wait to hear it. 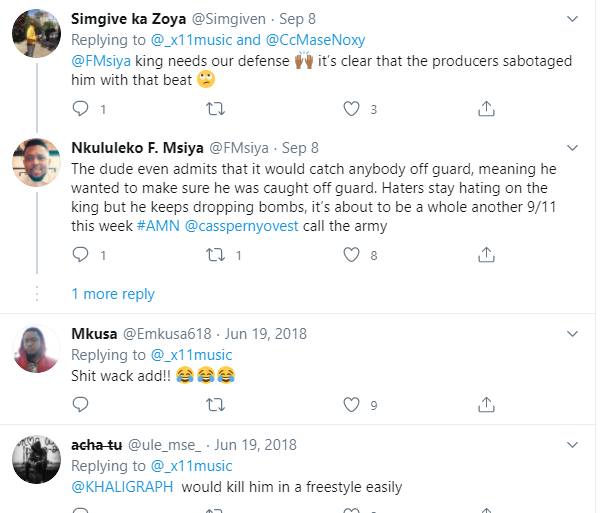 Tags
Cassper Nyovest
John Jabulani Send an email 9 September 2020
Back to top button
Close
We use cookies on our website to give you the most relevant experience by remembering your preferences and repeat visits. By clicking “Accept All”, you consent to the use of ALL the cookies. However, you may visit "Cookie Settings" to provide a controlled consent.
Cookie SettingsAccept All
Manage Privacy