In the most recent episode of his Podcast and Chill, which he released just after the holidays, the controversial podcast host had revealed that Andile Mpisane and Cassper Nyovest were basically sharing ladies.

MacG claimed that he heard that Andile Mpisane, the son of multimillionaire businesswoman Shauwn Mkhize, was sleeping with Cassper Nyovest’s baby mam Thobeka Majozi and that Cassper is sleeping with Kamo, who Andile is also sleeping with.

The claim gained traction because when Cassper launched his Billiato alcohol brand, Thobeka Majoziwasn’t there to support him.

🔵 Mufasa is apparently smashing Kamo Mphela who was dating Andile 😲

🔴 Cass had a Billiato launch, and the wife was not there… DRAMA 😲

Reacting to the “smashing” drama, Cassper describes it as nothing more than bullsh!t. In a tweet, he noted that people will do anything just to gain traction online. He ended up expressing fear for the younger ones, as it appears supposedly older people are giving bad examples. You can check out the tweets below. 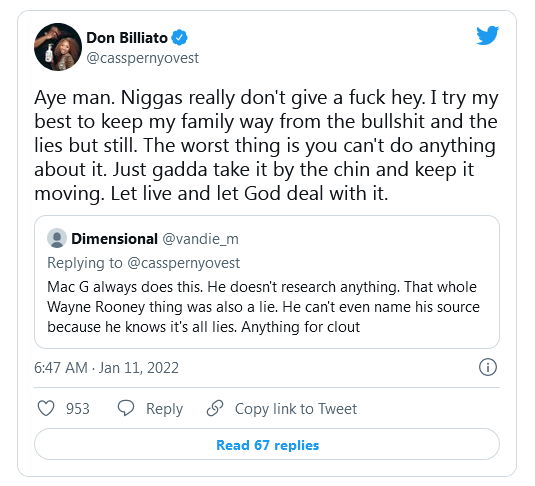 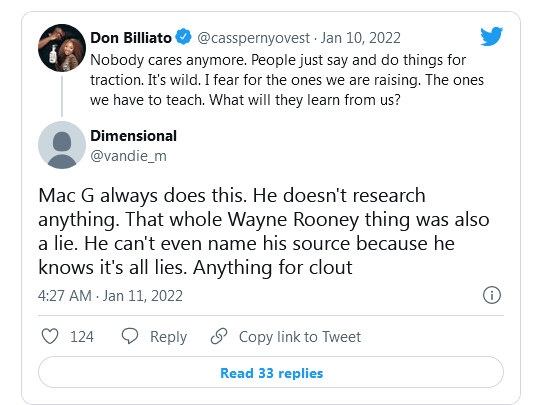 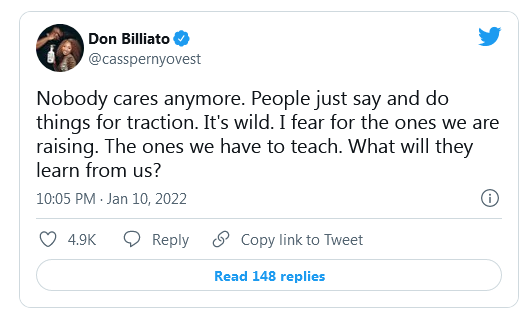 By the way, Cassper Nyovest has also buried claims that he rented his McLaren, noting that the Instagram page claiming he rented the car from them is a scam. The said company has since threatened to sue him to recover the vehicle.

Tags
Cassper Nyovest MacG
John Israel A Send an email 13 January 2022
Back to top button
Close
We use cookies on our website to give you the most relevant experience by remembering your preferences and repeat visits. By clicking “Accept All”, you consent to the use of ALL the cookies. However, you may visit "Cookie Settings" to provide a controlled consent.
Cookie SettingsAccept All
Manage Privacy