In September 2020, Mzansi emcee Cassper Nyovest and his girlfriend, Ntobeka Majozi, welcomed their first child, Khotso, to the world. A scan of the unborn child was used as the cover art for Cass’ last Hip Hop album, “Any Minute Now.”

Since the boy’s birth, neither one of his parents has revealed his face for fans to see. It has always been kept hidden and away from the public. However, that changed over the weekend, but not in the way you would expect. Cassper shared several photos of himself and a few with his son.

He shared a full tattoo of his son, Khotso’s face inked to his right leg. The photo revealed the boy’s face, which resembles Mufasa’s. A fan reacted to the tattoo, writing, “Finally a face reveal of him, he looks just like you.” 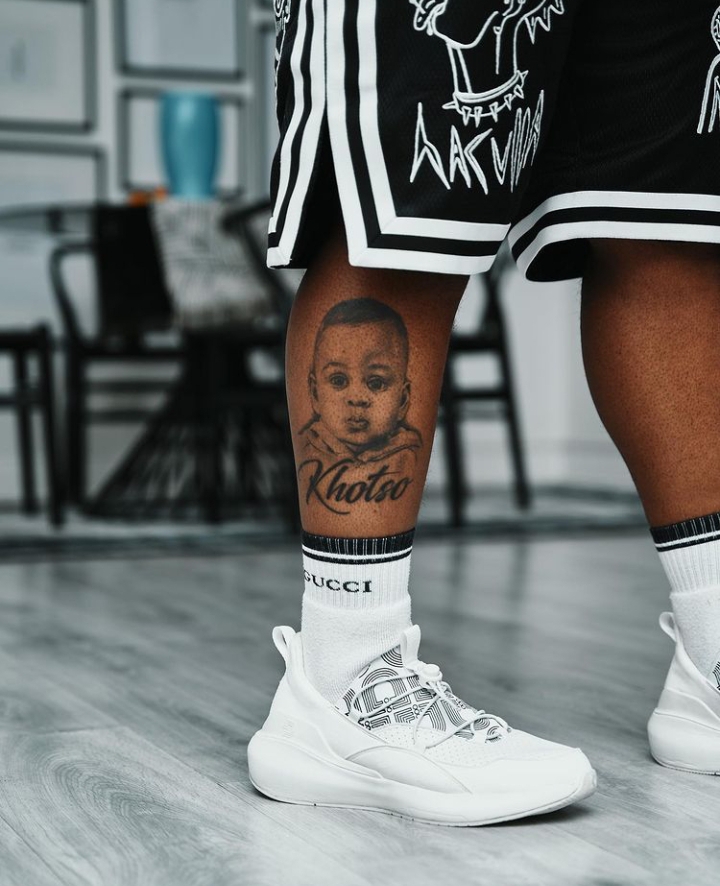 Tags
Cassper Nyovest Khotso
John Jabulani Send an email 6 June 2022
Back to top button
Close
We use cookies on our website to give you the most relevant experience by remembering your preferences and repeat visits. By clicking “Accept All”, you consent to the use of ALL the cookies. However, you may visit "Cookie Settings" to provide a controlled consent.
Cookie SettingsAccept All
Manage Privacy