Casper Nyovest renews his rivalry with AKA with a mordant shot at the SupaMega’s #DuduzaneChallenge.

AKA had done the challenge at a place in which he recently acquired controlling stake: Cuba BLK at the Moses Mabhida Stadium complex. The clip showed AKA strutting into the lounge and punching the air. Cassper Nyovest thought AKA looked skinny and his boxing skills weak, and he laughed out loud.

He shared the video, mocking AKA as part of the toothpick mafia. He said AKA had been dodging the boxing match with him and refusing to sign the contract that would see the two of them spar in the ring.

The pair was to have fought this year, but the coronavirus forced the fight to be deferred to 2021.

Cassper Nyovest thinks AKA is avoiding the figh because he (AKA) is skinny and in no position to fight him.  He said if they should make it to the ring, he is going to punish AKA there. 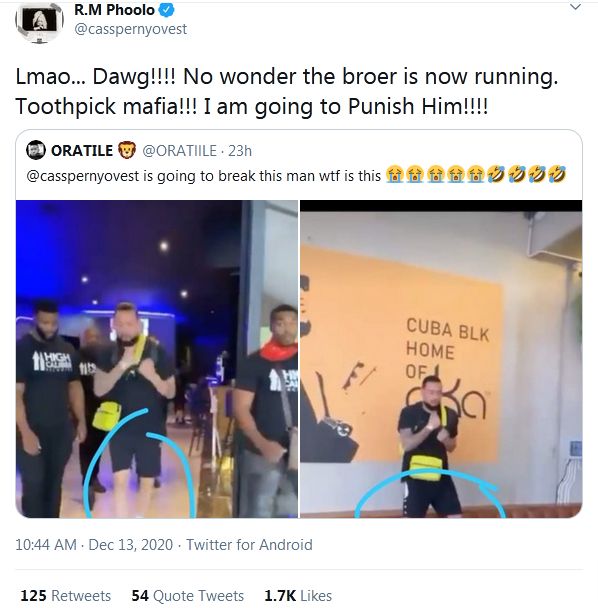 He had earlier mocked AKA’s biceps as toothpicks, so the latest mockery is nothing surprising. He made it clear he would floor AKA at the match, the rapper having insulted his parents and his family. 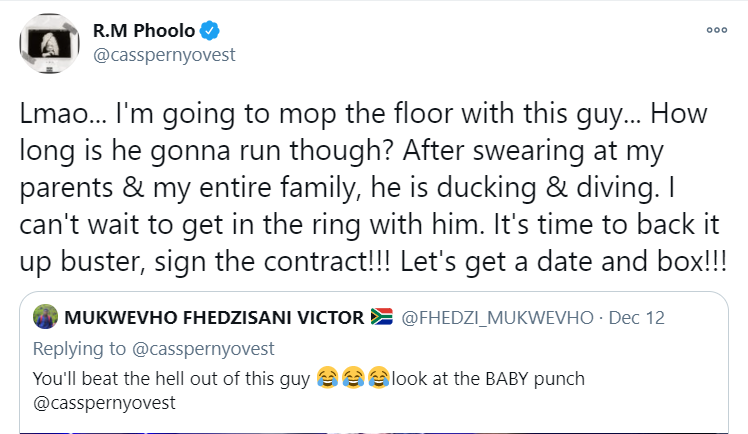 Tags
AKA Cassper Nyovest
John Israel A Send an email 14 December 2020
Back to top button
Close
We use cookies on our website to give you the most relevant experience by remembering your preferences and repeat visits. By clicking “Accept All”, you consent to the use of ALL the cookies. However, you may visit "Cookie Settings" to provide a controlled consent.
Cookie SettingsAccept All
Manage Privacy