After months of speculations and planning, the winner finally emerges. But unfortunately, Cassper Nyovest turned out to be the loser in his own celebrity boxing fight against rival Naakmusiq. The match took place at the Sun City on Saturday evening. They started late and kept viewers waiting while the sponsors used the opportunity to sell advertisements. Some of the waiting time was also used to play Cassper Nyovest and Naakmusiq’s music on Channel O. 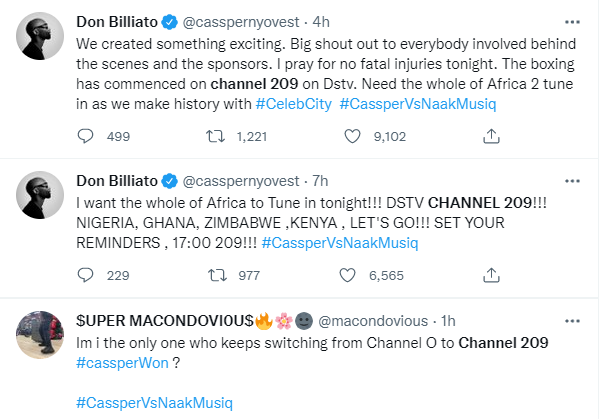 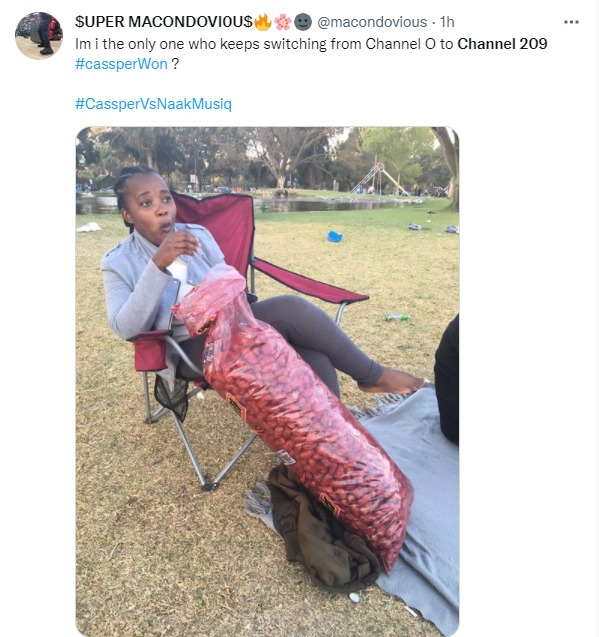 The popular Kwaito trio TKZee entertained the crowd right before the fight. They wowed the crowd with some of their popular songs, especially “Dlala Mapantsula”, which is agreeably perfect for the match

The stars fought for the champion’s belt in the much-anticipated event while the gathering cheered them up. The spectators included the fans, celebs and the Mzansi boxing heads. The pair confronted each other in a heated and enthusiastic five-round battle, with judges eventually making the challenging call in favour of Naakmusiq.

The fighters were both exhausted after the first round. Still, they surprisingly kept the fight going until the 5th round with Cassper Nyovest throwing heavy punches that got Naakmusiq in their first two rounds. Tired Naakmusiq bounced back in the third and fourth rounds and was able to land some punches on Cassper Nyovest.  Cassper and Naakmusiq’s fight was concluded at the “Celeb City” with several skilled boxing competitions before theirs.

Naak fighting like cassper swore at his mom or something 🤣 #CassperVsNaakMusiq #mufasa #NaakHimOut #fight pic.twitter.com/rIXifEpnuB

Despite stories of the contest being manipulated or rigged as many would say, for Cassper to defeat his opponent, it was transparent enough to see that both participants genuinely threw their punches for the win.

Anga Makubalo, popularly known as Naakmusiq revealed to have never engaged in a boxing fight a day in his life before the celebrity match. Cassper on the other hand had earlier emerged as a champion in his last fight against Slik Talk in December 2021. Slik Talk to home a whopping sum of one hundred thousand rands despite his loss as they needed that fight to the potential and promote the upcoming ones.

Because there was no knockout involved in the competition, the champion was chosen by the scorecards of three South African Boxing judges.

Naakmusiq was proud to have been part of the history-making event. “We brought music and boxing together”, Naak proudly said to the crowd. He also admitted that it was not an easy fight, and he expected it to be that way. Furthermore, the 34-year-old swore that he had gone through a significant level of discipline from the boxing match. Ndongeni who trained Naakmusiq for the game used to train Cassper before switching sides. 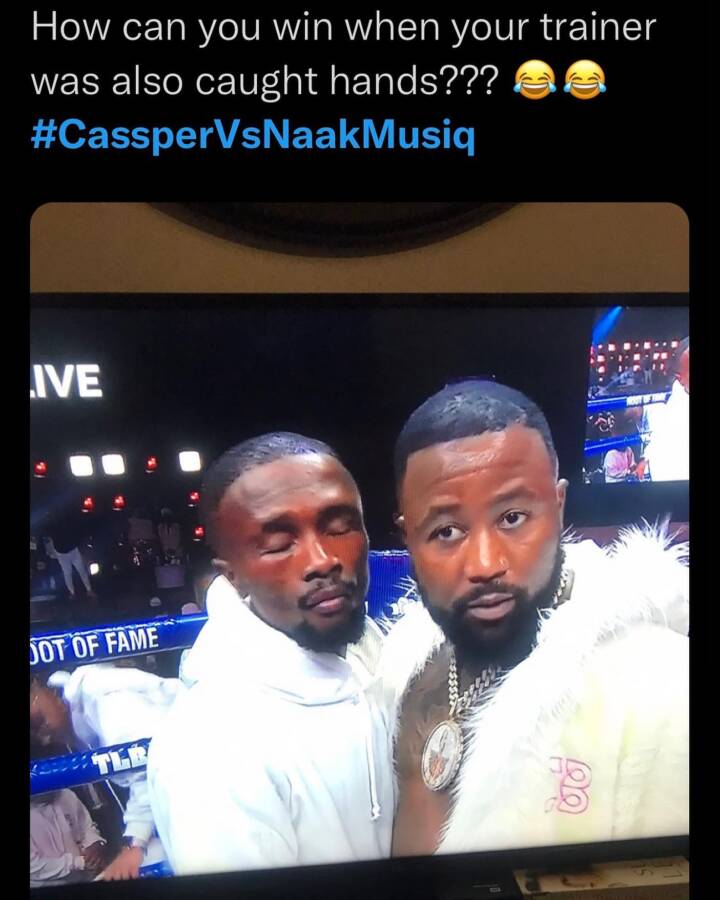 Looking not as optimistic as he was when he entered the boxing ring, Cassper revealed to the gathering that the match was not rigged or manipulated in any way. Instead, he admitted that Naak won.

Many fanatics and even the celebrity fight’s authorised commentators reasoned that a rematch should be considered, and surprisingly both competitors did not oppose the suggestion.

Speaking of how it went down, Cassper admitted that the match was highly challenging. He said Naakmusiq was able to land some big punches, and he moved on with it. “He came and brought it, and I didn’t expect that from him, “_ Cassper said

You can watch the match below if you missed it.

Tags
Cassper Nyovest Naakmusiq
Thato Siyabonga10 April 2022
Back to top button
Close
We use cookies on our website to give you the most relevant experience by remembering your preferences and repeat visits. By clicking “Accept All”, you consent to the use of ALL the cookies. However, you may visit "Cookie Settings" to provide a controlled consent.
Cookie SettingsAccept All
Manage Privacy