A drama is currently unfolding over a McLaren purchased by Mzansi rapper Cassper Nyovest. A rental service, known as Luxurious Car rentals, has just urged the rapper in an Instagram post to return the McLaren he rented from them.

Recall that when Cass purchased the luxury whip last year, culture critic NOTA and a few others had claimed he either rented the car or it was given to him temporarily as part of a deal.

Cass has laughed at the claims back then, noting that those saying the car was a rental know not just how far he’s gone.

And to the luxury car rental he rented the car from them and should return it, the songster could only laugh as well. According to Cass, the Instagram page was fake and the claim about renting the McLaren was dubious.

Although the car rental service has threatened legal action to recover the vehicle, Cassper Nyovest is adamant he never rented the car from anywhere, describing the rental service as nothing but clout chasing.

When Instagram users asked the service why it has not recovered the vehicle from the rapper, it noted that there are legal avenues to take. 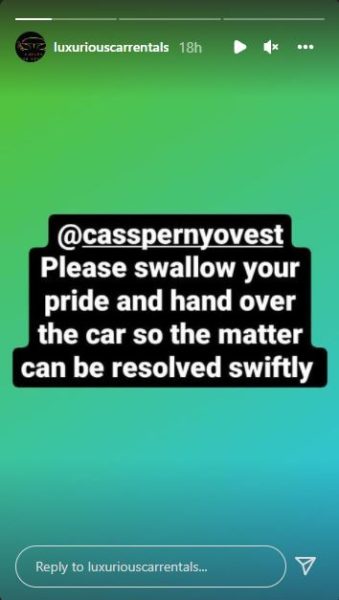 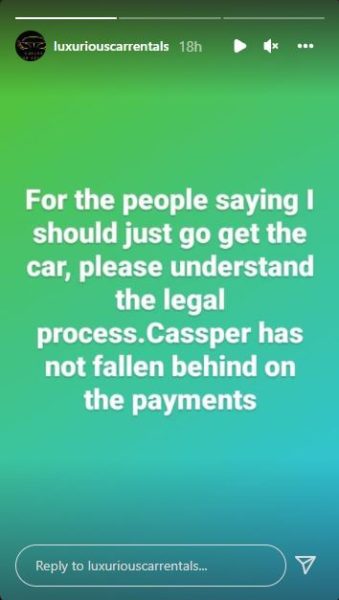 How long until the truth bursts in the streets? Stay tuned.

Tags
Cassper Nyovest
John Israel A Send an email 13 January 2022
Back to top button
Close
We use cookies on our website to give you the most relevant experience by remembering your preferences and repeat visits. By clicking “Accept All”, you consent to the use of ALL the cookies. However, you may visit "Cookie Settings" to provide a controlled consent.
Cookie SettingsAccept All
Manage Privacy