In case you missed it, Family Tree rapper Nadia Nakai was the guest on the finale of AKA’s The Braai Show.  The songster had announced the finale and the songstress had done the same.

As an artiste at Family Tree, a record label owned by Cassper Nyovest, AKA’s biggest rival (or adversary, if you please) in South African hip hop, fans were curious she should feature in a show involving AKA.

Nadia Nakai clarified that Cass was okay with her speaking with AKA on the show. He didn’t stop her from appearing despite his unfinished boxing match with AKA. 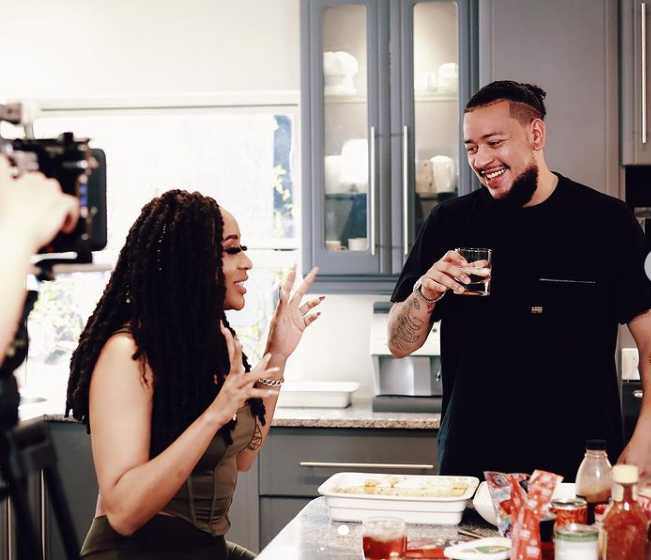 When Nadia Nakai advertised the show on her Instagram page, Cass had responded, stating he is looking forward to the day AKA would step into the ring with him.

A curious fan wanted to know when the fight between the two hip hop rivals would be happening and Cass stated AKA hasn’t got the balls to fight him just yet. But then, whenever he should have the balls, he (Cass) would be waiting for him.

The boxing match between AKA and Cass[er Nyovest was one of the biggest topics of 2020. The match was deferred to 2021. Already, it is looking like the pair might not fight again, after all.