It has been a year of controversial for Cassper Nyovest and his family. Still, Cass seems unburdened and continues to live his life. The Mzansi emcee has been spending time preparing for his boxing match with NaakMusiq come April.

However, over the weekend, he took a break to give fans some content with his son, Khotso. Everyone knows Cass is fondly called Mufasa by his fans. The name is from the hit Disney Animated film, The Lion King. Cass’ son, Khotso is also fondly called Simba.

In the post shared over the weekend, Cassper lifts Khotso up (just like Mufasa does in the film) in front of their Versace-designed swimming pool. In the caption, he quotes the popular line “Look, Simba. Everything the light touches is our kingdom”. The post has been praised by fans. 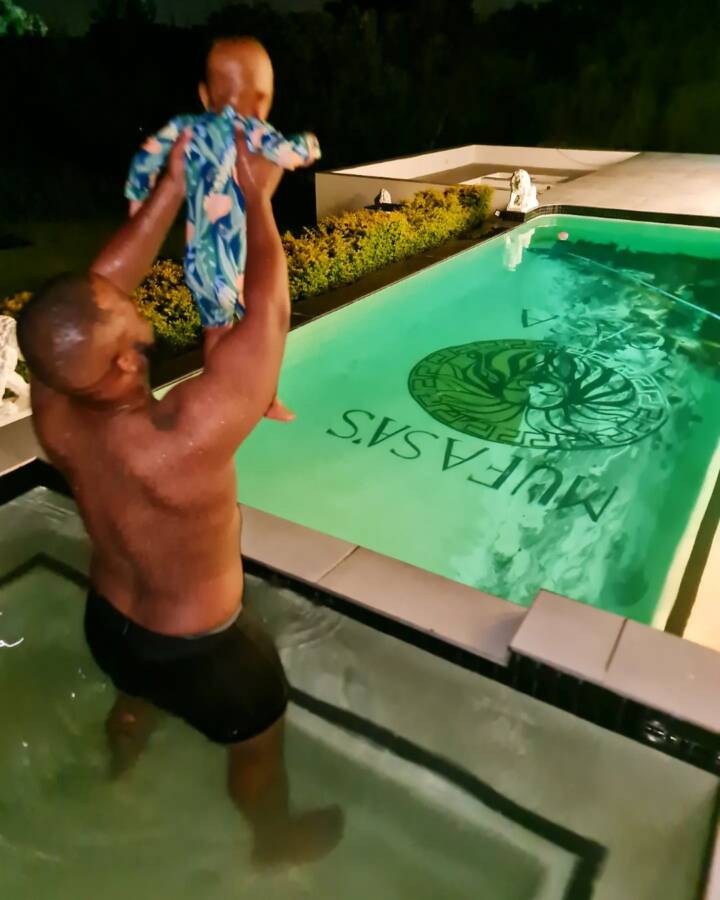 Tags
Cassper Nyovest Khotso
John Jabulani Send an email 14 February 2022
Back to top button
Close
We use cookies on our website to give you the most relevant experience by remembering your preferences and repeat visits. By clicking “Accept All”, you consent to the use of ALL the cookies. However, you may visit "Cookie Settings" to provide a controlled consent.
Cookie SettingsAccept All
Manage Privacy