Refiloe Maele Phoolo, the South African rapper who goes by the stage name of Cassper Nyovest, has reached a milestone of 4 million followers on Instagram.

The songster himself shared the good news with a new “thank you” post on his Instagram page. He thanked fans for keeping up with him and urged them to stay tuned. Well, they should, for the “Tito Mboweni” hit maker drops his album “Any Minute Now (AMN)” 11 days from now – on 11 September 2020. 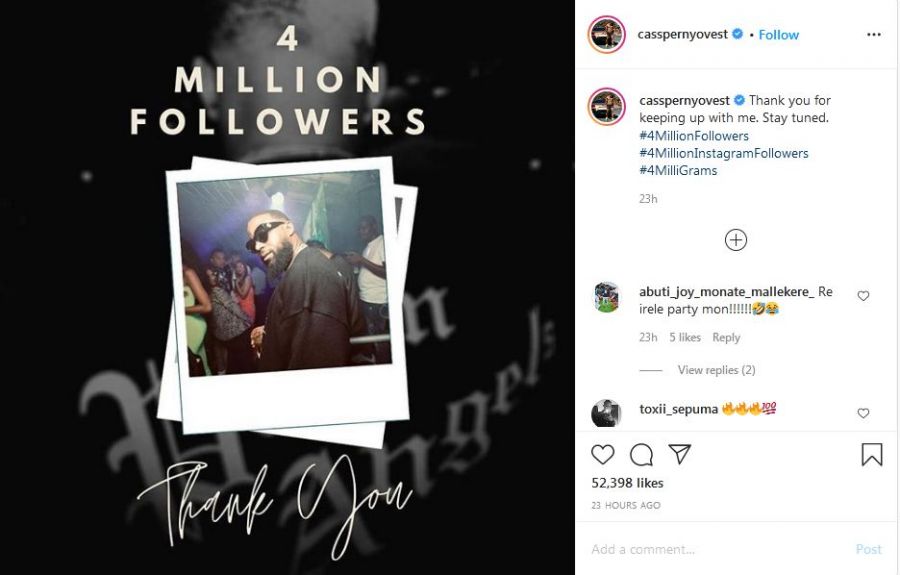 That body of work, which is dedicated to his imminent son with girlfriend Thobeka Majozi, is probably the most anticipated album in South Africa right now. This should be apparent from the level of engagement the subject has provoked online.

The album is already receiving support from key industry figures, including Nasty C, who released “Zulu Man With Some Power” album two days ago.

We’d be sharing the album with you here on release, so do well to subscribe to our newsfeed so you don’t miss it when it drops.