In a public rant that shocked many, Mzansi actor Patrick Shai had described the rapper Cassper Nyovest as the song of a bitch, noting that his ultimate dream before his death is to give the Family Tree rapper a beating in the ring…

And he, Patrick Shai, would be chuffed to go to his grave which would have a tombstone that reads that he’s the man that gave Cassper Nyovest a beat down.

What did Cassper Nyovest do/say to the old man? 😭 pic.twitter.com/Pk1Lq4zA6K

Cassper Nyovest was miffed by the video and wondered in a series of tweets why people keep insulting his family. He said that people may insult him all they want, but they should never bring his family into their insults.

Cassper noted that his life might appear perfect, but it isn’t. he also noted that those people insulting his family will soon meet an ugly fate. You can check out the tweets below. 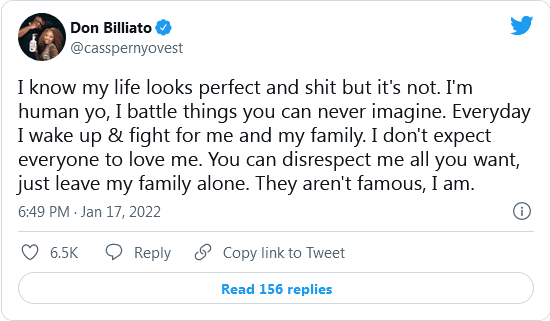 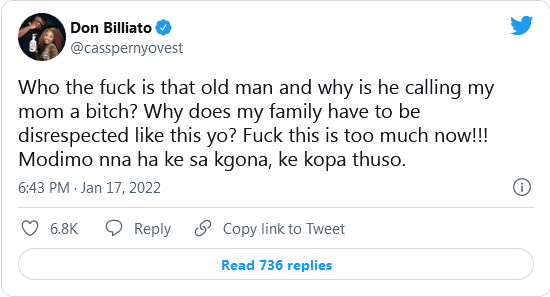 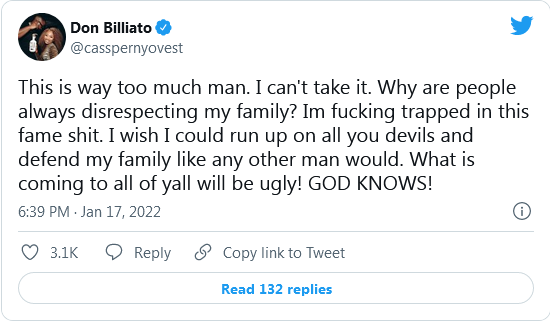 The actor has since apologized in a new video, which was shared by the media personality Phil Mphela. You can check it out below.

this inst the first time Cassper Nyovest has been insulated along with his family, however. Previously, the rapper AKA had not only insulted Cass but insulted his parents as well, invariably stirring the waters of enmity.

Tags
Cassper Nyovest Patrick Shai
John Israel A Send an email 18 January 2022
Back to top button
Close
We use cookies on our website to give you the most relevant experience by remembering your preferences and repeat visits. By clicking “Accept All”, you consent to the use of ALL the cookies. However, you may visit "Cookie Settings" to provide a controlled consent.
Cookie SettingsAccept All
Manage Privacy