Speculations are rife that Cassper Nyovest turned down the invitation to attend the listening party for fellow rapper L-Tido’s recently released “Pressure” album.

The album meant so much for L-Tido because it was one by which he returned to the music scene after a three-year absence.

To make the return special, he had organized a listening party to which he invited some of his friends in the industry, including Cassper Nyovest.

A fan who had observed that the Family Tree boss was absent at the party had enquired why he didn’t make it. Cass had stayed in response to the fan that the invite didn’t reach him.

L-Tido saw the conversation with the fan and joined it, providing WhatsApp screenshot showing that Cass was actually invited. L-Tido thinks Cass merely decided not to attend.

In response, Cass clarified that he didn’t say he wasn’t invited; he merely made it clear that the invite didn’t reach him. 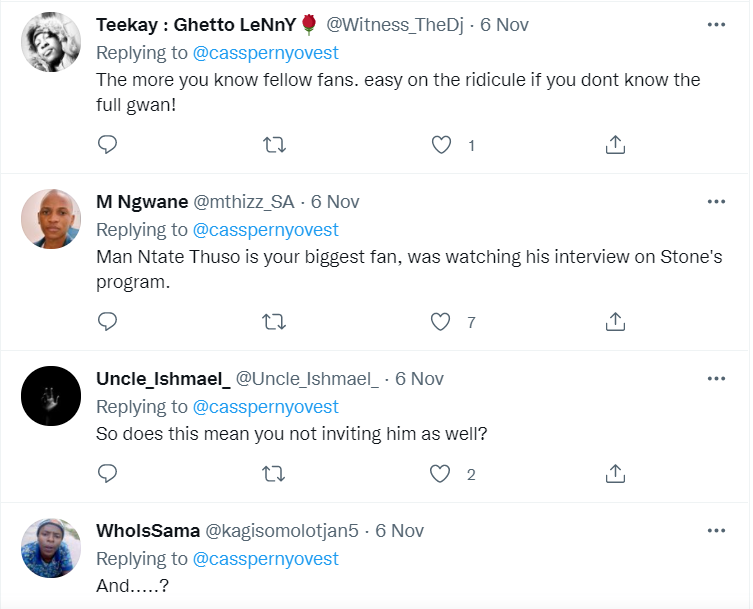 He also made it known that he had turned out automatic downloads on his WhatsApp because he’s in over 100 groups. He ended up saying he and L-Tido are “good.” 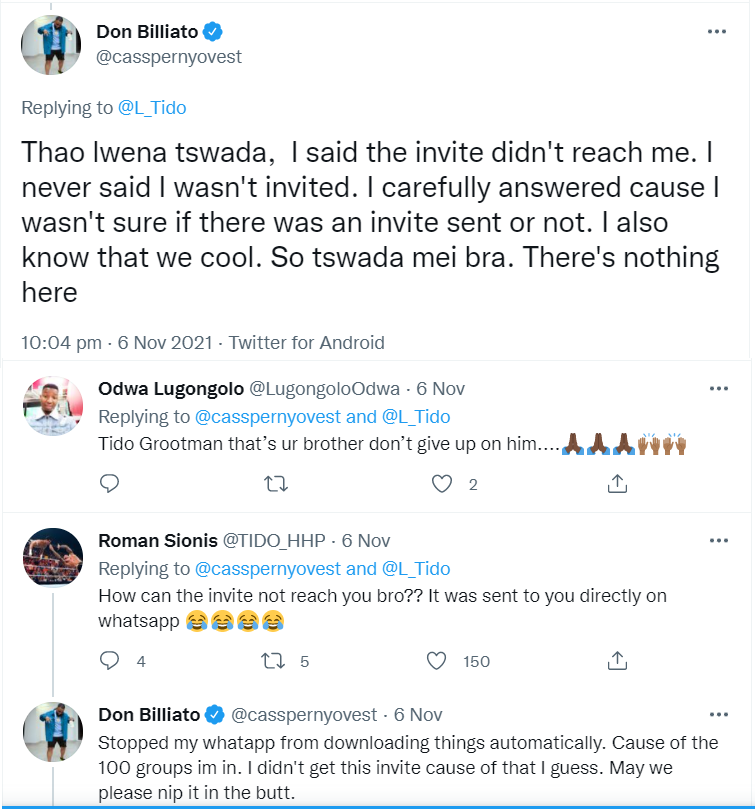 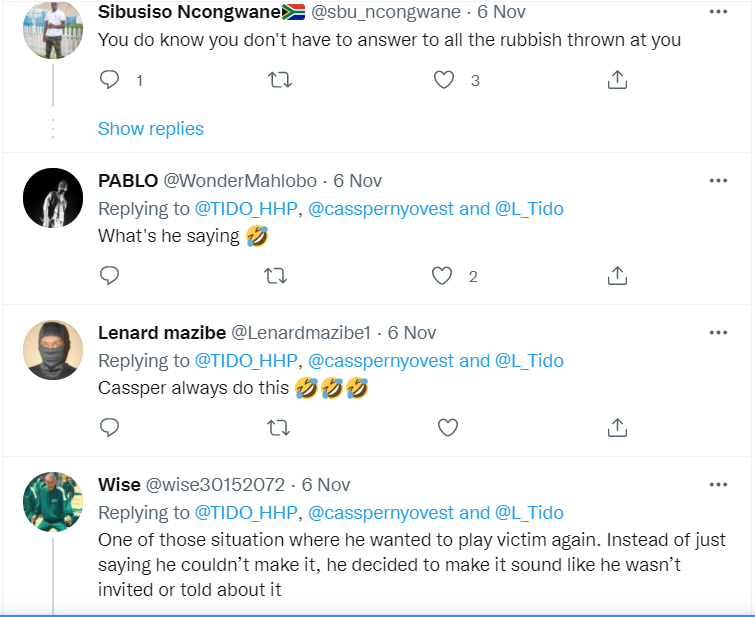 Cass and L-Tido has had a falling out in the past. But then, as the “Amademoni” hitmaker noted, they’re good, his absence from the party notwithstanding.

Tags
Cassper Nyovest L-Tido
John Israel A Send an email 9 November 2021
Back to top button
Close
We use cookies on our website to give you the most relevant experience by remembering your preferences and repeat visits. By clicking “Accept All”, you consent to the use of ALL the cookies. However, you may visit "Cookie Settings" to provide a controlled consent.
Cookie SettingsAccept All
Manage Privacy