Cassper Nyovest returns to Twitter after saying he was leaving for some time.

Mzansi rapper, Cassper Nyovest may just be addicted to being on Twitter. After all, he’s one of the most entertaining celebs there so we can’t blame him. The “Amademoni” star has not had it easy for a while now.

He’s had to face off his arch-nemesis this week as their feud was rekindled over and over again. Taking to the platform yesterday, he revealed that the energy was off and that he had so much to say. He also stated that he would rather put it in his music than say it there.

Announcing some time off the platform, he bade his farewells and was gone. However, he resurfaced today to post a selfie today which leaves us wondering if he’s back already. Maybe he’s trying to give is something to remember him by lest we try to forget. 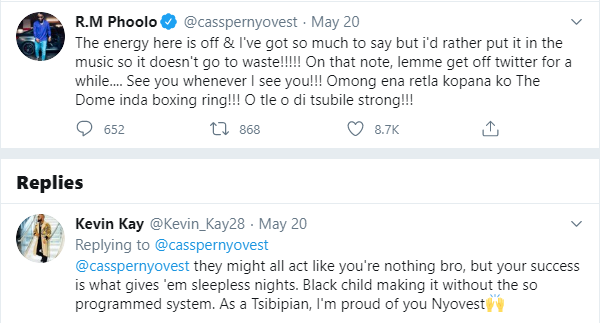 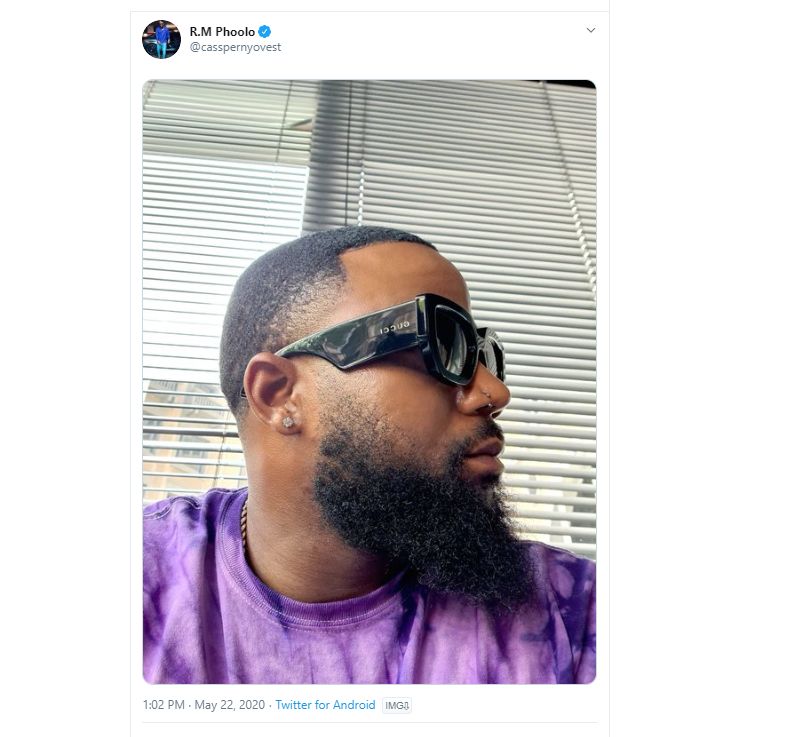