After a brief disappearance from Twitter, “Tito Mboweni” crooner Cassper Nyovest returns to the platform with a tweet that has since been interpreted a hundred ways.

According to the Family Tree boss, he has reached a level of mental strength. It wasn’t easy, but he pushed. And now he’s there, at a place he’s always wanted to be. What exactly was he trying to communicate when he wrote those words? 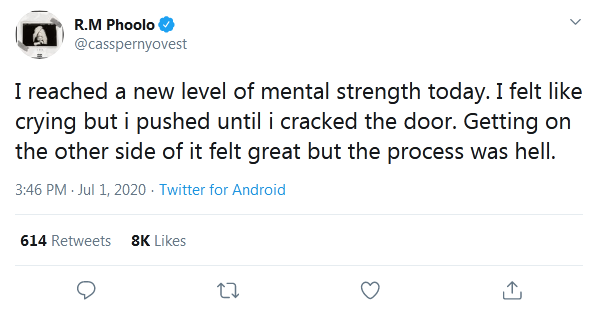 The upcoming fight with rival? The birth of his son, perhaps? The post’s reference remains a subject of speculation among his fans. While some fans held that all references point to his imminent fight with AKA, others are of the opinion it is just his transformation into fatherhood, having earlier informed fans he would be a father any moment and even released a sonogram of his son as the cover of a new body of work with a September release date.

You can check out some comments in the screenshots below. 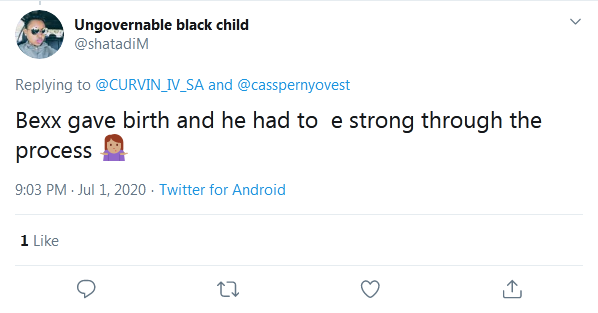 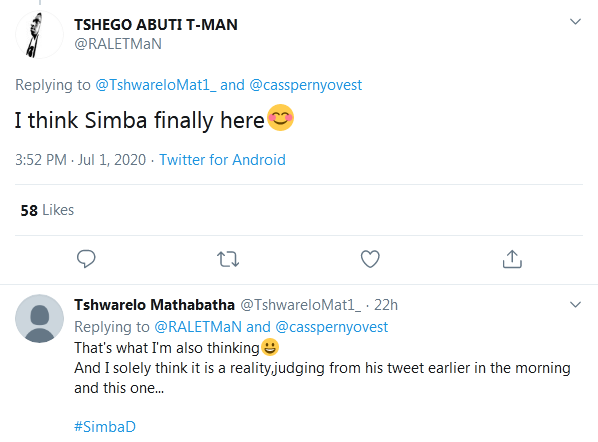 About his fans’ speculations, Cassper Nyovest has said nothing, leaving them to continue in there fevered ideas.

Well, what are your thoughts on Cassper Nyovest’s tweet? You may want to join the conversation by dropping your thoughts in the comment section below.