Cassper Nyovest reveals he “made it okay for rappers to rap on Amapiano,”.

You’d be a liar to say that Cassper Nyovest isn’t one of the few rappers in the game who are known for setting trends. Of course, the first to do it faces a lot of backlash. That’s particularly the basis of his story.

Remember a time when Cass left SA Hip Hop because of all the exhausting drama? The “Malome” star hopped on Amapiano and gave it a spin. Of course, he got dragged and made fun of for it. A fan recently took to Twitter to point this out, and to state how rappers are now joining the Amapiano craze.

Reacting to it, Mufasa revealed that he made it okay for rappers to rap on Amapiano. According to him, he has moved on to drill now, and they have still dragged him for it. He believes the same thing would happen with drill by next year. 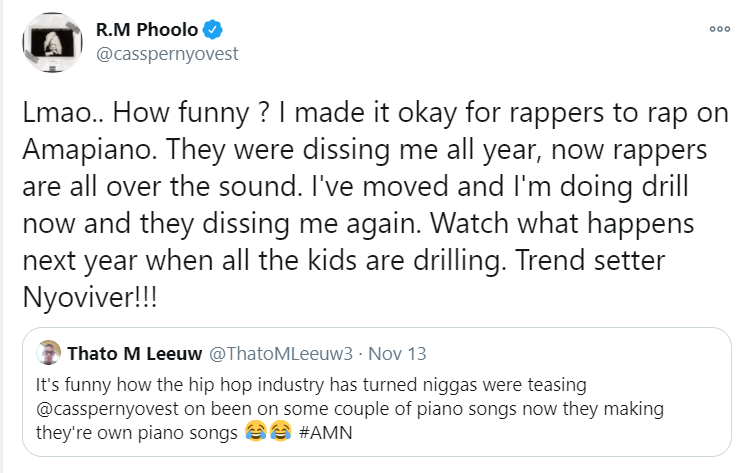