The boxing match between hip hop rivals Cassper Nyovest and AKA will no longer hold this year. The coronavirus pandemic caused a shift in date. But then Cassper is surely looking forward to the fight in 2021.

He referenced the fight with his rival AKA in a recent tweet. For now, though, his focus is on becoming a father, and not on the fight. So he has been eating voraciously and looking forward to becoming a daddy to his imminent son with girlfriend Thobeka Majozi. 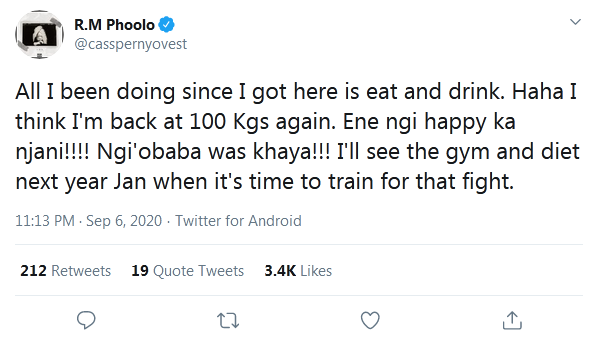 However, according to him, he will hit the gym again and will be back in shape just in time for his fight with AKA. A fan, who had wanted to know his state of readiness for the match, shared an image of what appeared to be AKA’s clenched fist.

Describing Cassper Nyovest as the king of the jungle, the fan said the fist must never scare him. Cassper Nyovest laughed at the tweet, subtly ridiculing his rival with the question, “what is that?” In other words, his rival – fist and all – means nothing to him in the ring. 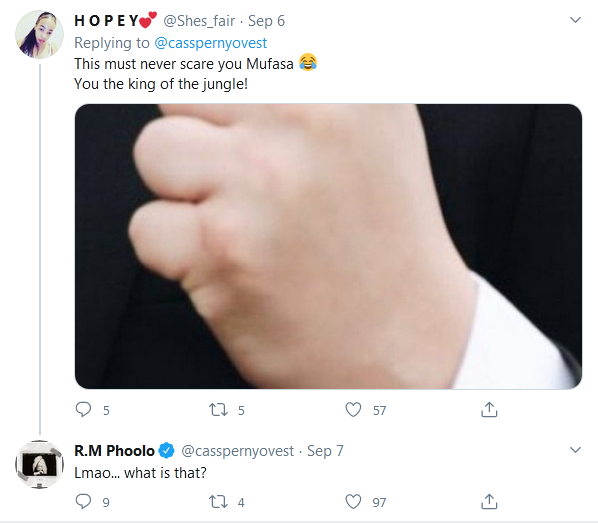 By the way, it is three days to the release of Cassper Nyovest’s intensely anticipated “Any Minute Now (AMN),” a dedicatory album to his son.