Cassper Nyovest might soon be dropping merch for Any Minute Now.

The past couple of weeks have been amazing for SA Hip Hop star, Cassper Nyovest who has been killing it on the charts and also on the airwaves with his new album. Of course, a lot of us expected that to happen. Apart from the haters.

However, his massive fanbase isn’t even satisfied yet. They’ve got something more they’re asking for this time. A fan took to Twitter to request merch for the new album, and also to advice him to do a local tour and sell the merch at the tour.

Lucky for him, Cass saw it and replied. He revealed that he can make that happen in 2/3 weeks. He only asked for one thing in return, that they share the hashtag #AmnMerch. As expected, that began to spread like wildfire. We can’t wait to hear that the merch will drop soon. 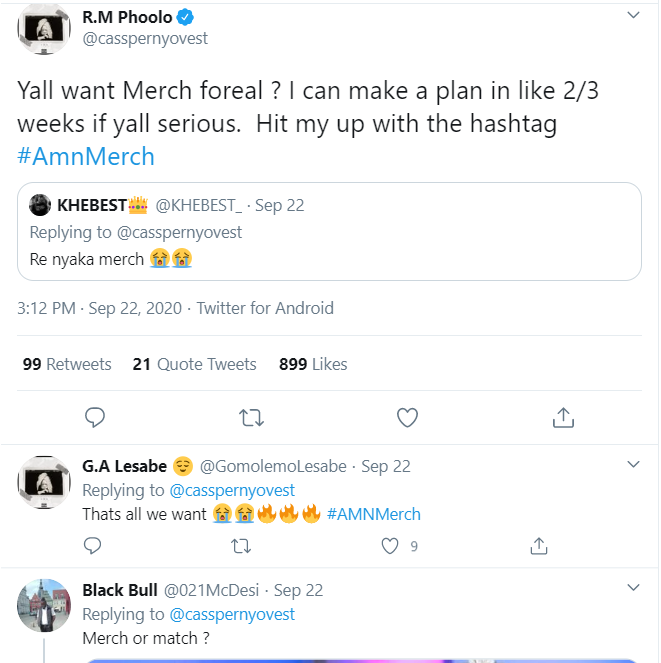