Fans throw shade at Cassper Nyovest for his outfit to his and Bexx’s baby shower.

On August 16, Cassper Nyovest and his girlfriend, Thobeka Majozi aka Bexx celebrated their baby shower amongst friends in Durban. Instead of the expected happy ending filled with congratulatory messages on social media, the rapper was called out for his outfit to the party.

As we all know, Cassper is known to clean up so well everytime he attends events, but that wasn’t the case this time. Instead, he was seen wearing a purple hoodie with camouflage pants. Fans weren’t impressed by it at all, so they took to social media to shade him.

Cassper, Bexx, and literally everyone in Mzansi are waiting on the birth of his son. His birth is expected to happen sometime in September, coinciding with the release of his album “Any Minute Now”. We can’t wait for both the album and the baby to arrive. 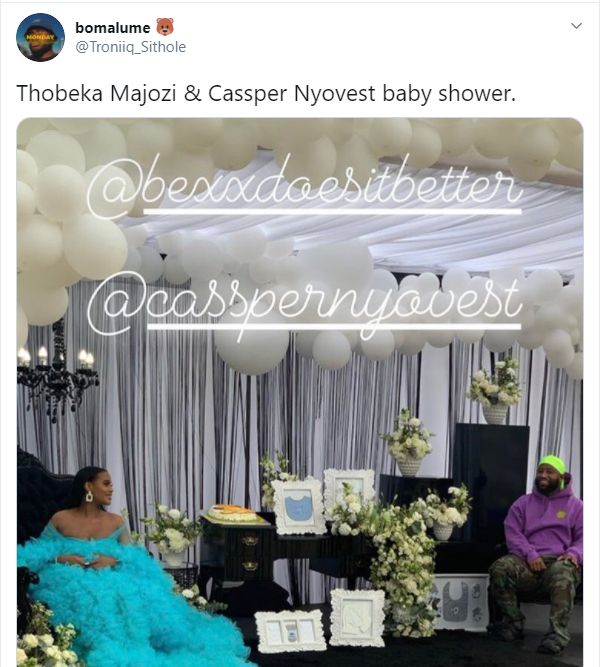 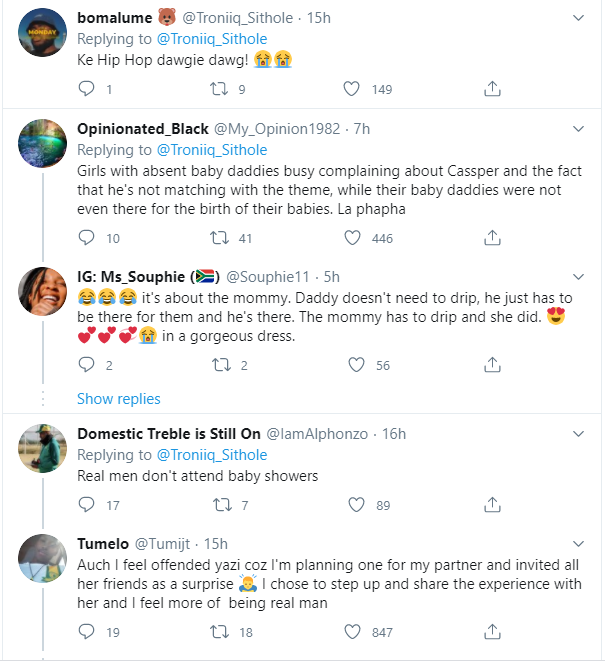 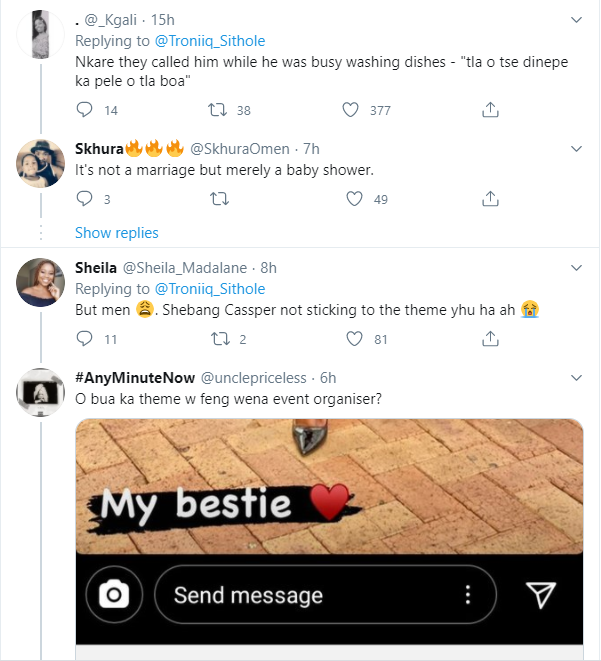 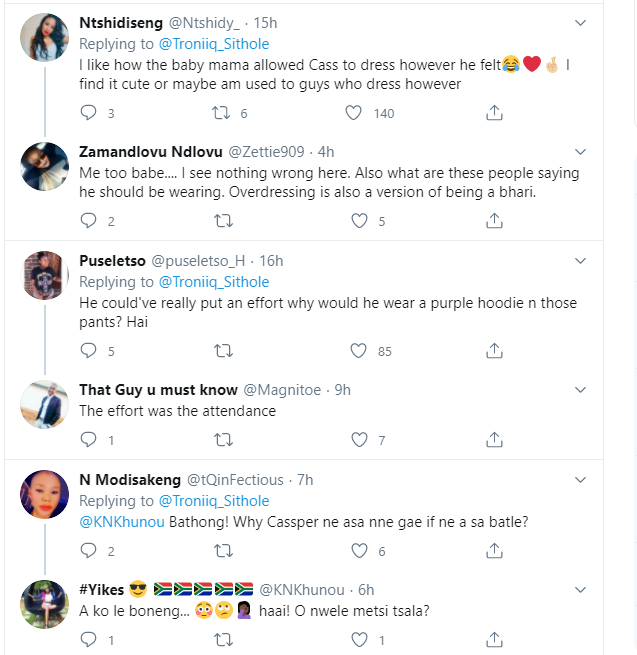 Tags
Bexx Cassper Nyovest Thobeka Majozi
John Jabulani Send an email 17 August 2020
Back to top button
Close
We use cookies on our website to give you the most relevant experience by remembering your preferences and repeat visits. By clicking “Accept All”, you consent to the use of ALL the cookies. However, you may visit "Cookie Settings" to provide a controlled consent.
Cookie SettingsAccept All
Manage Privacy