Nasty C is riding on a whole other level and we all know that. The talented muso dropped the highly anticipated “Zulu Man With Some Power” album, and it has since gained love from fans. It features the hits “There They Go”, “Eazy”, and more, including the most recent one “Black And White” featuring Ari Lennox.

A recent tweet from Nasty’s pal, Cassper Nyovest proved how much he loves the jam. He called it “a beautiful song”, and proclaimed his love for it. “Black And White” has proven to be a success since it was released.

It is featured as the lead track on the new “Rhythms of Zamunda” project the recently released film, “Coming 2 America”. Nasty C and Ari performed the song on the Ellem DeGeneres show. Check it out if you haven’t. 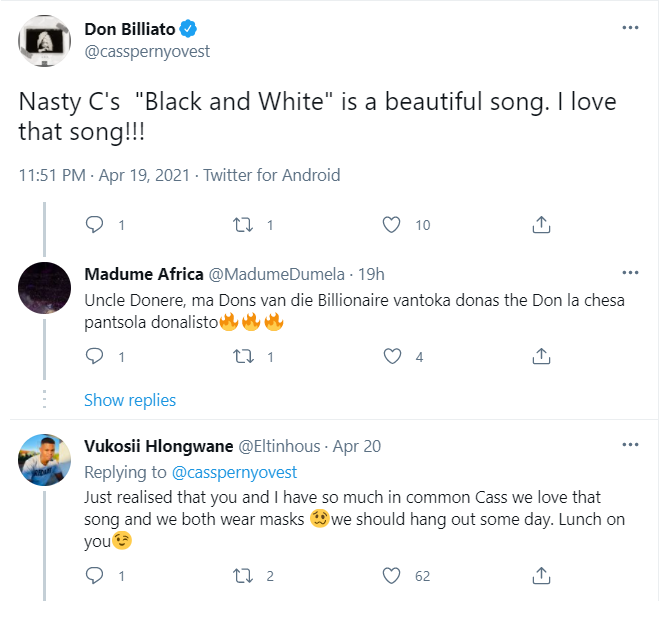