Cassper Nyovest is a South African and proud to be – and keen everyone should know of his pride in his provenance.

The songster and Family Tree boss, who is of Malawian roots, recently shared pictures of him rocking a South African brand (Rich Mnisi). In the caption to the picture, he indicated he is proudly South African. 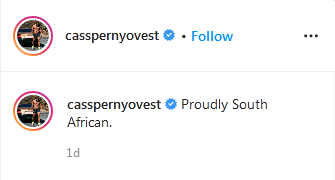 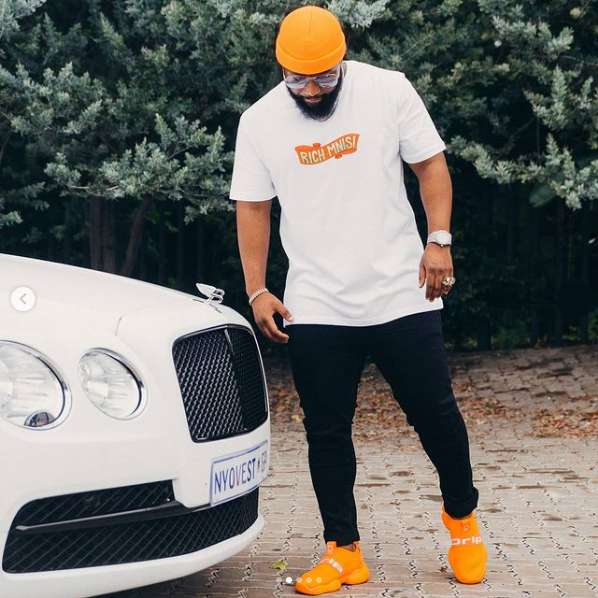 By the way, Rich Mnisis is a celebrity fashion designer and one of the most visible in the local fashion circuit. Get recently unveiled his 2021 collection, comprising unisex wears. Of all the ears he unveiled, a Tsonga skirt worth R60k has generated the most discussions.

Reactions to the skirt has been mixed. Some fans think the skirt too exorbitant. But then others were on hand to defend him, stating that if an international designer like Louis Vuitton had put a similar price tag on the skirt with its logo, people would not have complained

Among those who had defended Rich Mnisi is celebrated DJ Black Coffee. Cassper defended the fashion designer by rocking Rich Mnisi and stating how proud he is of it.

Well, are you proud of your country? Why or why not? You’re welcome to join the conversation by dropping your thoughts in the comment section below.