Many would love to live forever. But then death is not something anyone has control over. It will come when it will come, most times sooner than many expect and wish, leaving the ground wet with mourning. This was the experience of Family Tree boss Caasper Nyovest last week.

Recall we had shared the news of the passing of the songster’s father over a week ago. At the time, fans were confused if it was his biological father. Cassper Nyovest had to clarify that it wasn’t. Papa Edgar was mere a surrogate figure, having stayed with Cassper Nyovest’s mother for years. 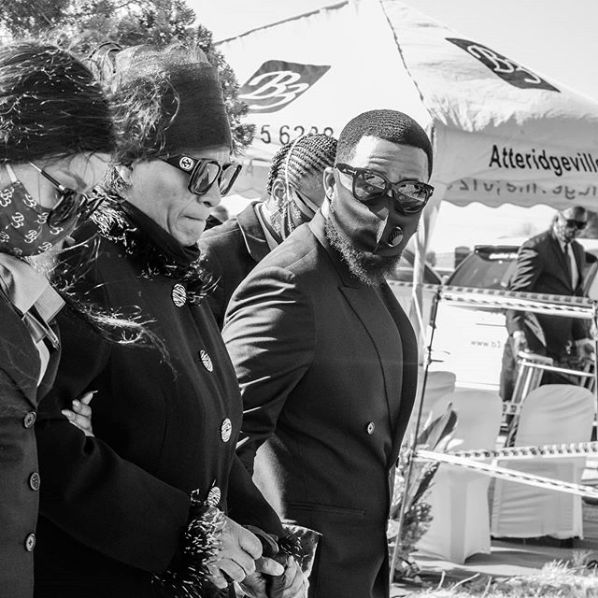 Well, last week the Papa Edgar was finally laid to rest. After the burial, Cassper Nyovest had taken to twitter, describing the day of the burial as a very tough one for him. To this many of his fans tweeted they could relate.

In his tweet, Cassper Nyovest also praised the memory of the late HHP. You can check it out below and join the conversation by dropping your thoughts in the comment section.

We laid my Step father to rest today. It was really a tough day, I am glad i could to be there for my Moms. His grave happened to be 1 grave away from the man that gave me a shot when nobody would hear me. RIP to the legend HHP. Love you forever Jabba!!! Rip Papa Edgar. pic.twitter.com/QDBCYAfslk