Social media platforms are trendy inventions, giving people around the world the avenue to interrogate issues. Although many people out there see social media as a channel for serious debate, others don’t.

Cassper Nyovest is in the latter group. Although he is just a tweet away, it appears the songster and Family Tree boss is not prepared to engage people on serious issues on social media. Elsewhere, maybe; on social media, ta da!

He made this clear to fans, and whoever would listen, just recently, perhaps having realized the streets of social media are incapable of handling complex issues. He hated it that he – and indeed other celebs – had to explain themselves again and again.

He described social media as shallow. In fact those who wanted to change the world should look elsewhere and not to social media, specifically Twitter. 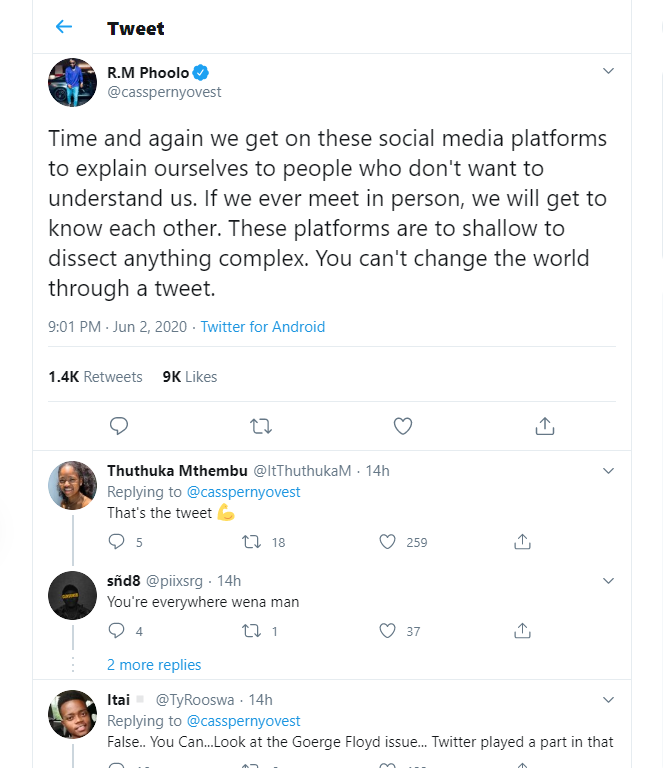 by the way, this isn’t the first time the songster, who is having a sporadic war with compatriot AKA, had dismissed any serious engagement on social media. He had, in fact, expressed same ideas two years ago.

Do you agree with Cassper Nyovest’s verdict that social media is not the path for serious engagement? Let us know in the comment section below.