Family Tree rapper Cassper Nyovest has revealed the conversation (DM) he had with a fan (@teboho_mx on Twitter) who had criticized him for not fighting AKA. The said fan believed AKA would have licked Cass in the ring.

In reply, Cassper Nyovest noted that he knew he would have to deal with critics like the one with whom he had a DM regarding the fight, revealing that it was one of his dreams to fight AKA in the ring and that he hates it they will no longer be fighting.

Pushing the fight narrative, the “Any Minute Now (AMN)” songster indicated there was no way AKA could have beaten him in the ring, boasting that it is only a professional boxer who can beat him.

The same Twitter user, @teboho_mx, indicated that Cassper Nyovest’s ass needed to be whipped and Cass had challenged him to a boxing match. The pair had continued their conservation inbox, with Cassper letting the critic know he is available this week while promising to send the address of the gym.

The critic had agreed, asking the location of the gym and indiccating he would be available for the boxing match on Friday. Cassper Nyovest had laughed him off thereafter, accusing him of trolling. 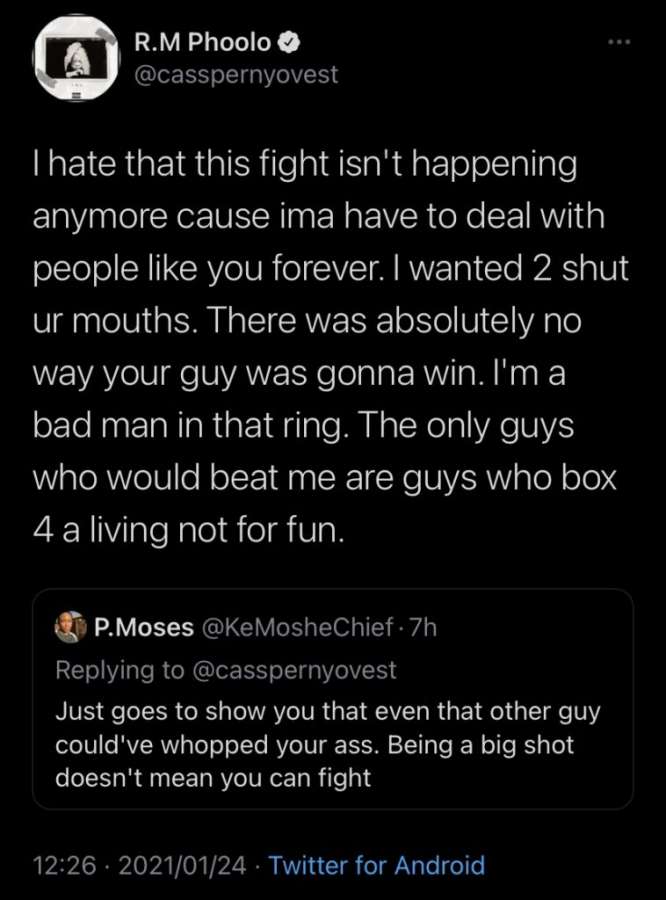 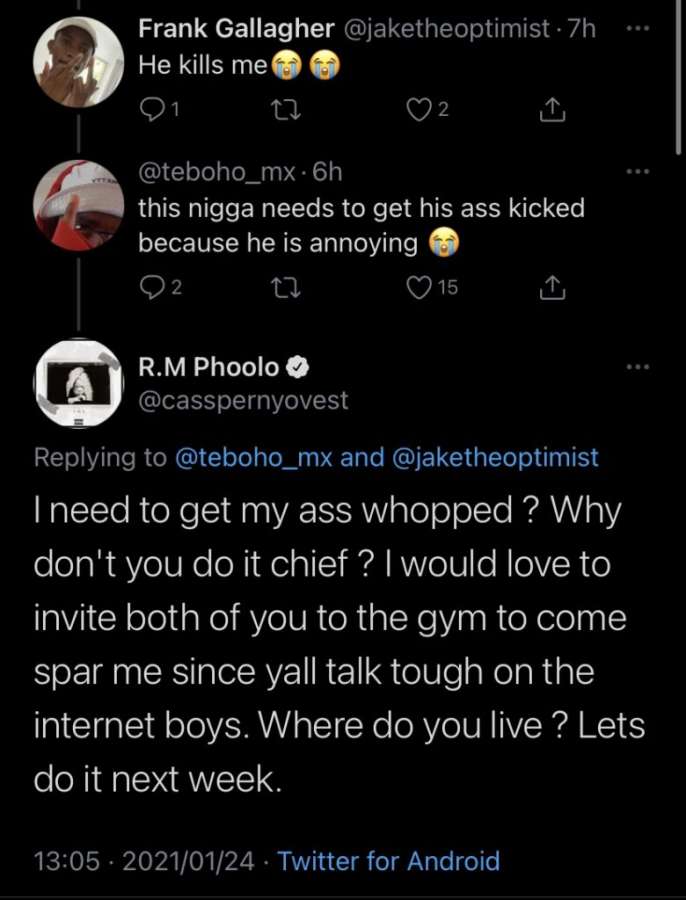 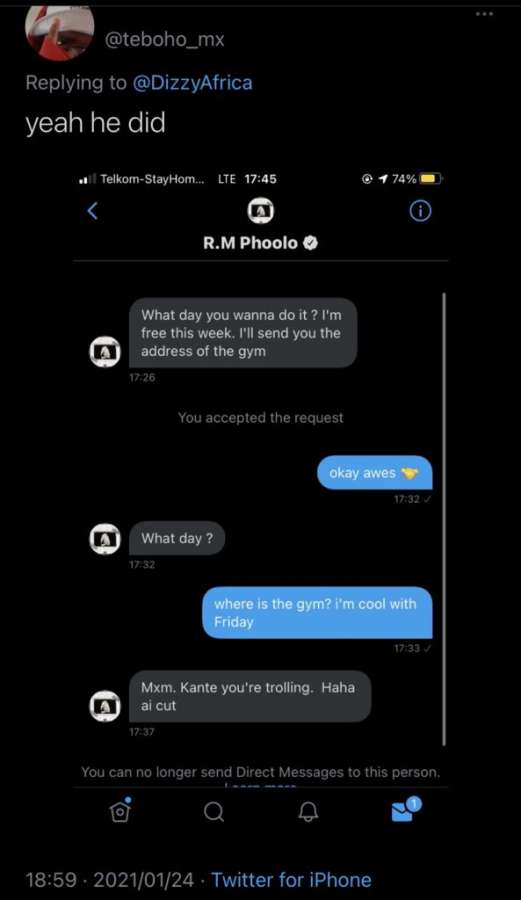