It is not news that most musicians have people who ghostwrite their lyrics for them. Family Tree rapper Cassper Nyovest relishes the fact that he does the writing himself and has never employed a ghostwriter.

In a recent tweet, the “Doc Shebeleza” hitmaker had claimed that he’d never had a ghostwriter and had written all the songs of his career. He said he’s six albums deep, ten years in the industry and looking forward to another ten years.

Some of his fans thought he was actually shading those who have or rely on ghostwriters to pen their smash lyrics. You can check out his tweet below. 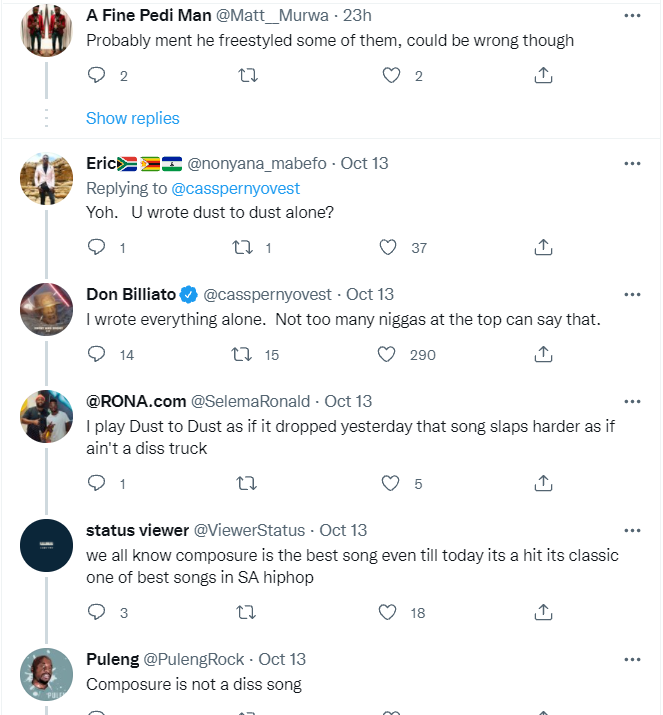 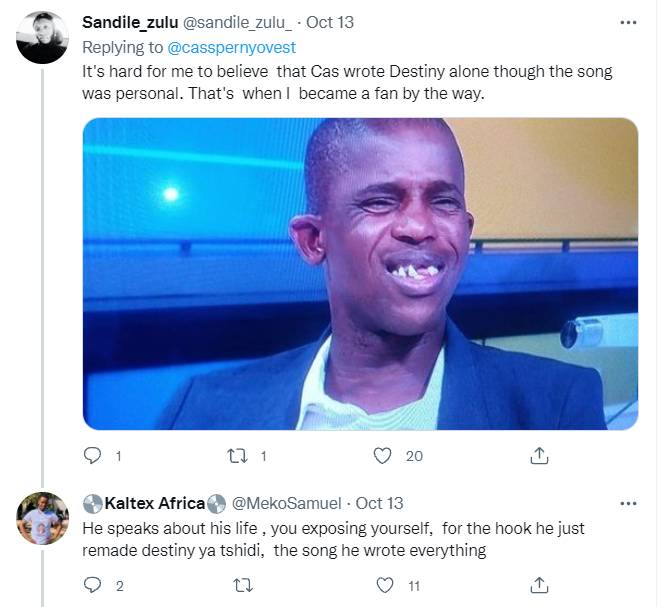 Interestingly, while Cassper Nyovest claims not to have had a ghostwriter throughout his rapping career, it was recently revealed that he wasn’t the one who wrote the smash hit “Siyathandana.”

Were you trolling when you said “Most of the stuff I didn’t write on the album”??? Ghostwriter👀 pic.twitter.com/b3vLkrTqIM

Boohle, one of the guests on the song, had recently revealed during a podcast appearance that she was the one who wrote the song and that Cassper Nyovest’s contribution to it was marginal at best.

Anyway, there’s actually nothing wrong with musicians having ghost writers. As some would say, what matters the most is the impact the artistes have made.

To Cassper’s credit, he has done well musically.