Family Tree boss Cassper Nyovest is clearly impressed by beauty queen Zozibini Tunzi’s sister Sibabalwe’s performance during the Cape Town premiere of the 16th season of Idols SA and has given a resounding “yes,” vetting her golden ticket to Sun City For Theatre Week.

As we reported earlier, Cassper Nyovest has been co-opted as a guest judge for this season. He joins returning judges Unathi Nkayi, Randall Abrahams, and Somizi.

It appeared some peeps who watched Sibabalwe’s performance were unimpressed and said so out loud, emphasizing that she cannot sing. However Cassper Nyovest differed, describing her performance as real Idols SA.

Some fans countered that he actually gave Sibabalwe a “yes” because he has a crush on her sister Zozibini Tunzi, who won the Miss Universe beauty contest in 2019. See the screenshots below 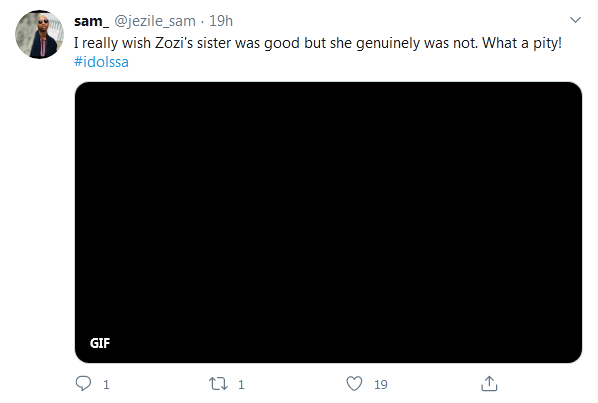 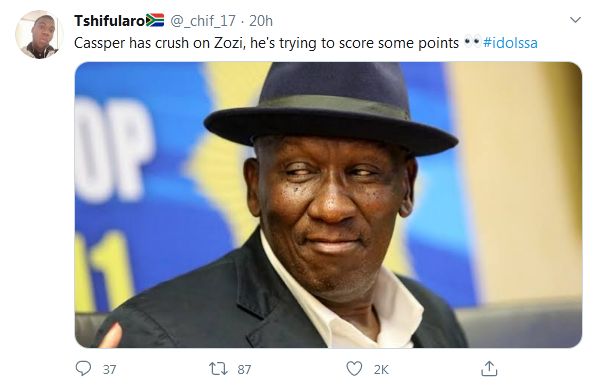 Cassper Nyovest, however, dismissed this as balderdash. Said he: “Yall want me to say no to Zozi’s sister ? La hlanya!!!! Le batla go jesa team!!!! Besides, i really loved her texture… Genuinely #idolssa.”

The debate is still ongoing, and it Mufasa is sticking to his verdict. You can watch clips from the season’s premiere below:

By the way, what do you think of Cassper Nyovest’s verdict on Sibabalwe’s performance? Are you equally impressed by her outing on the Idols SA circuit? You might want to join the conversation by dropping your thoughts in the comment section below.

Tags
Cassper Nyovest Idols SA
John Israel A Send an email 3 August 2020
Back to top button
Close
We use cookies on our website to give you the most relevant experience by remembering your preferences and repeat visits. By clicking “Accept All”, you consent to the use of ALL the cookies. However, you may visit "Cookie Settings" to provide a controlled consent.
Cookie SettingsAccept All
Manage Privacy