“Nobody in Africa comes close to Burna boy when it comes to stage performances!” the tweet read. Leaving Burna Boy out of the conversation, Cassper said that he would have preferred to pick himself, but that P-Square is the best live act.

“The rapper in me would like to say myself but I know I can’t outperform P squared. P squared is the best African act of our Time.” wrote Cassper in his tweet reply. 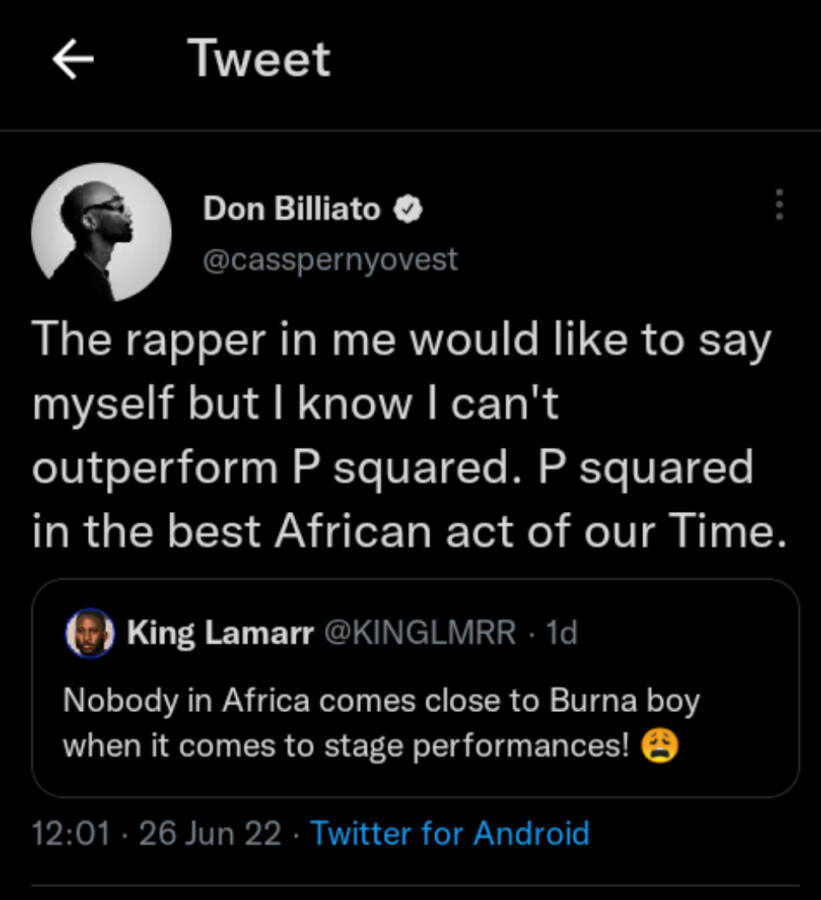 Cassper Nyovest continued in a subsequent tweet to make it clear that he had nothing against Burna Boy and asked followers to refrain from criticizing him for choosing P Square over Burna Boy. “Yall know I’m biggest Burna Boy fan. Don’t even try start rubbish.” was Cassper’s rejoinder. 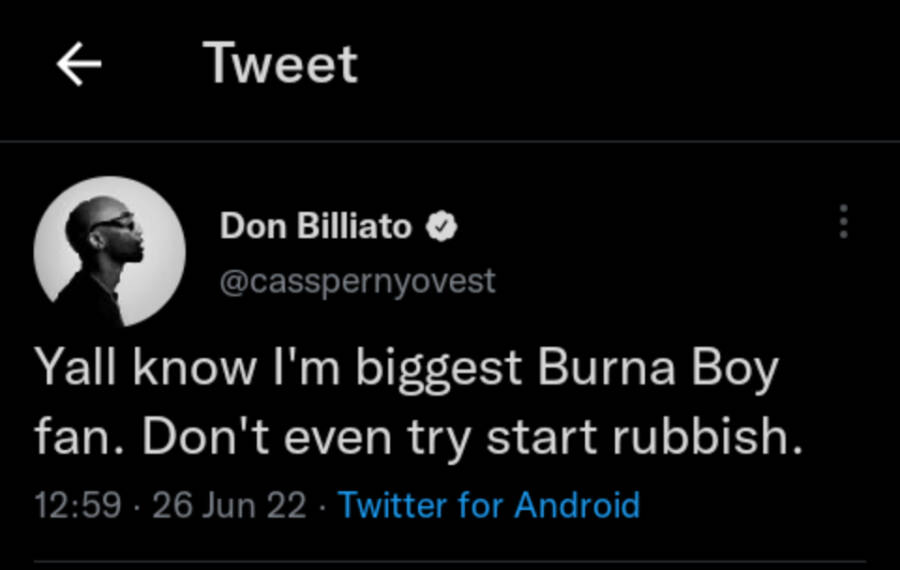 In addition to being one of the top artists in Nigeria, Burna Boy has had a big impact on South African hip-hop. Nasty C was among the South African rappers who the Nigerian superstar commended.

Tags
Cassper Nyovest
Ikedichim Chibundu Send an email 27 June 2022
Back to top button
Close
We use cookies on our website to give you the most relevant experience by remembering your preferences and repeat visits. By clicking “Accept All”, you consent to the use of ALL the cookies. However, you may visit "Cookie Settings" to provide a controlled consent.
Cookie SettingsAccept All
Manage Privacy