Many weeks back, Cassper Nyovest and Boohle topped the charts and dominated the airwaves with their collaborated “Siyathandana”. The song turned out to be a huge hit, earning praise from virtually everyone.

However, in a recent sit down with Mac G on his “Podcast And Chill”, Boohle decided to spill more tea on how the show was made. She revealed that Cass didn’t write the song (which he never claimed he did). According to her, he only came with his verse.

She stated “he didn’t even write anything on that song. He only came with his verse. I wasn’t even there”. Reacting to Boohle’s statement about it, Cass called it “so disappointing” and refused to explain how the song was written. He also expressed his love for Boohle calling her a “gentle soul”, and wished her many more hits. 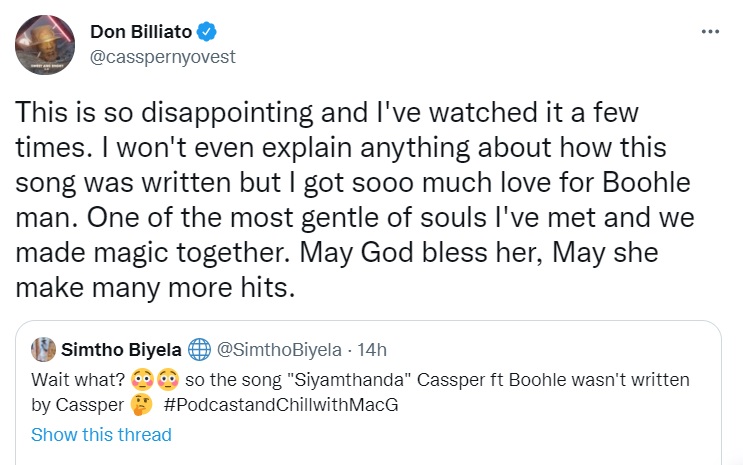 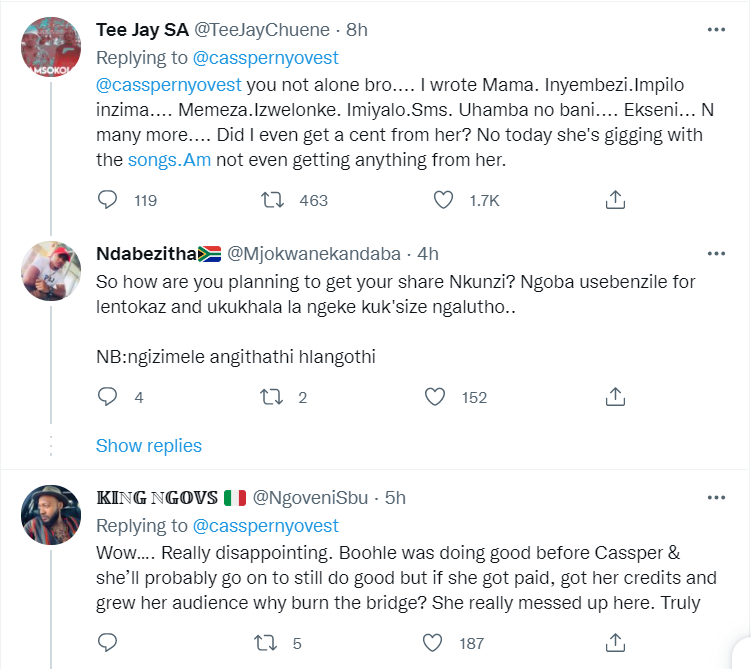 Tags
Boohle Cassper Nyovest
John Jabulani Send an email 16 September 2021
Back to top button
Close
We use cookies on our website to give you the most relevant experience by remembering your preferences and repeat visits. By clicking “Accept All”, you consent to the use of ALL the cookies. However, you may visit "Cookie Settings" to provide a controlled consent.
Cookie SettingsAccept All
Manage Privacy