Cassper Nyovest responds to comments that fighting AKA would be a stupid decision.

For months now, fans of SA Hip Hop have been anticipating the boxing matching between AKA and Cassper Nyovest. For years now, the two former pals have been at odds and it has really affected the music industry.

Months back, they both announced that they would take it to the ring for a couple of millions. While many have felt like it shouldn’t get to that, the two rappers continue to push for the fight to happen. Now, Cassper has revealed that it would be happening sooner rather than later.

Reacting to a tweep’s comment that fighting Supa Mega would be the Stupidest decision he’s ever made, Mufasa revealed that it is more personal to him. He also revealed that while he wishes to do this for himself, he also loves the sport. To a fan who said Supa Mega would win, he replied saying he would let his hands do the talking. 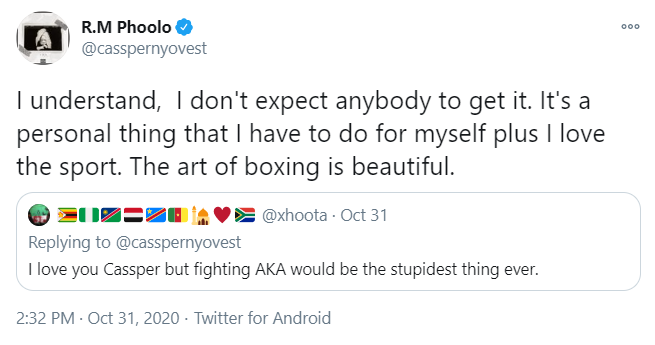 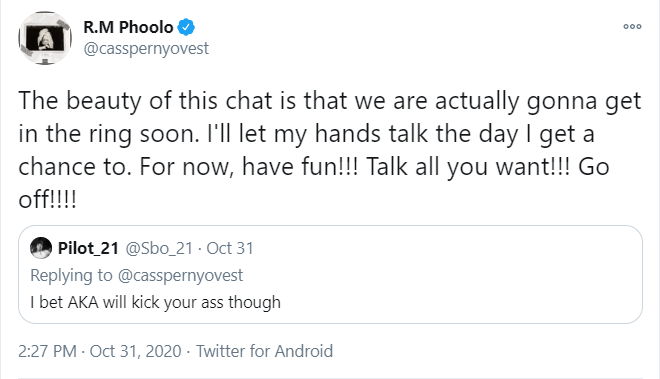